One of the best perks of the job is that I get to try some tech toys that are simply out of my price range. From high-end cameras to bonkers-expensive pro laptops, I realize I’m pretty spoiled. That’s why when I had the chance to try one of the newest Samsung 4K TVs in my apartment, a sense of dread came over me. Would swapping my dinky, three-year-old 40-inch for an expansive, pricey, 55-inch 4K unit ruin my life? Would I feel compelled to immediately jump onto the higher-def bandwagon and sell one of my kidneys for the pleasure?

Having now returned the Samsung TV to its rightful owners, I’m inclined to say no. This awe-inspiring quantum-dot-packing eye-fatiguingly luminous television didn’t quite make me rethink my entire existence. But why didn’t this luxe flat panel transform my low-contrast, standard dynamic range life into something brighter and happier than my cheap, old Sony? Two words: Frasier Crane.

Opening the box and setting up the Samsung Q8FN was a joy. The panel is big, but it wasn’t too hard to wrestle the set out of the box by myself. Thankfully, instead of a complex stand, the two metal feet are held in by clips, and you won’t have to touch a screwdriver to get it onto your entertainment center. Even though I kind of miss the versatility of Samsung’s OneConnect system (which broke out the TV’s ports onto a separate box instead of leaving them all tucked away behind the TV), this year’s Q8FN seems way less cluttered. On its own on my TV stand, it struck a clean, austere profile.

Though they’re not effortlessly accessible, the Q8FN’s ports are at least plentiful. With four HDMI ports and a few USBs, you’ll be able to plug in plenty of inputs, be they PlayStation, Nintendo Switch, Blu-ray, or Apple TV. Because it’s a 4K HDR-capable set, I opted to plug in an Xbox One X, which can play streaming and disc-based media in that high resolution.

The OneRemote clicker is similar to what other high-end Samsung TVs include, eschewing a number pad for a simple iPod-like direction ring, two rockers for volume and channels, and a few other controls. The remote includes a microphone and a voice command trigger for use with Bixby, but I didn’t find it all that useful, since I eschewed the TV’s built-in smart platform and broadcast TV for streaming via the Xbox.

After giving the set a few hours of break-in (I popped in my 4K Blu-ray of Star Wars: The Last Jedi and ran the film on a loop during an afternoon), I sat down and started checking out what there was on Netflix. I’ve been watching some classic shows recently, mostly switching between stretches of Frasier and Star Trek: Voyager. The problem? Both of these SD shows, no matter how the Samsung’s Q Engine chip tries to upscale, look terrible blown up on this TV. The resolution delta doesn’t help, but the big, 55-inch size made the poor compression and lack of detail so obvious compared to our rinky-dink 40-inch set.

The sound wasn’t so hot either, since the speakers seem to be rear-firing and lacking in bass. Definitely invest in a sound bar.

But then there’s high-def content. The first movie I spent time watching on the TV was the terrific Black Panther in 4K HDR. This movie blew me away on this Samsung. Action scenes like the nighttime car chase in Busan, Korea pushed the TV’s HDR to its limits. Thankfully, the set made short work of the fast-moving action and contrasty visuals, arguably making the movie look better than it did when I saw it in theaters. Even normal HD stuff like Netflix’s Luke Cage was spectacular to watch, bringing the show’s version of Harlem, with its resident baddies and goodies, vividly to life.

Games look great too—I spent hours flying space fighters in Star Wars: Battlefront II and was in awe of the blackness of space, nearly blinded by the glare off of nearby planets and capital ships. Granted, the Xbox One X is geared for high resolution gaming, and when I changed inputs to the connected Nintendo Switch, Super Mario Odyssey was noticeably less crispy—it’s in HD, after all.

While this set’s “QLED” tech won’t give you OLED-level blacks, I was pleasantly surprised at the contrast the TV was able to output. With the full array local dimming turned to the lowest setting, and the TV’s brightness reduced a bit (out of the box, the Q8FN was aggressively bright) did a convincing OLED impression. I didn’t notice weird blooming or lag between when an object appeared on screen and when the closest backlight portion boosted its brightness. For an LCD, this Samsung justifies its premium perch in the QLED lineup.

When my review period was up, I was sad to have to put this gorgeous slab back into its box. Switching back to our old 40-inch Sony took an adjustment period, but, all things considered, I adjusted quickly. I went back to my routine of Frasier and Voyager, and though it isn’t as all-enveloping as our old HDTV, I was happy to watch the low-quality show on a smaller, duller TV. I’ll be shopping for a 4K TV later this year. But maybe I’ll wait until I’m done with my ’90s TV binge. 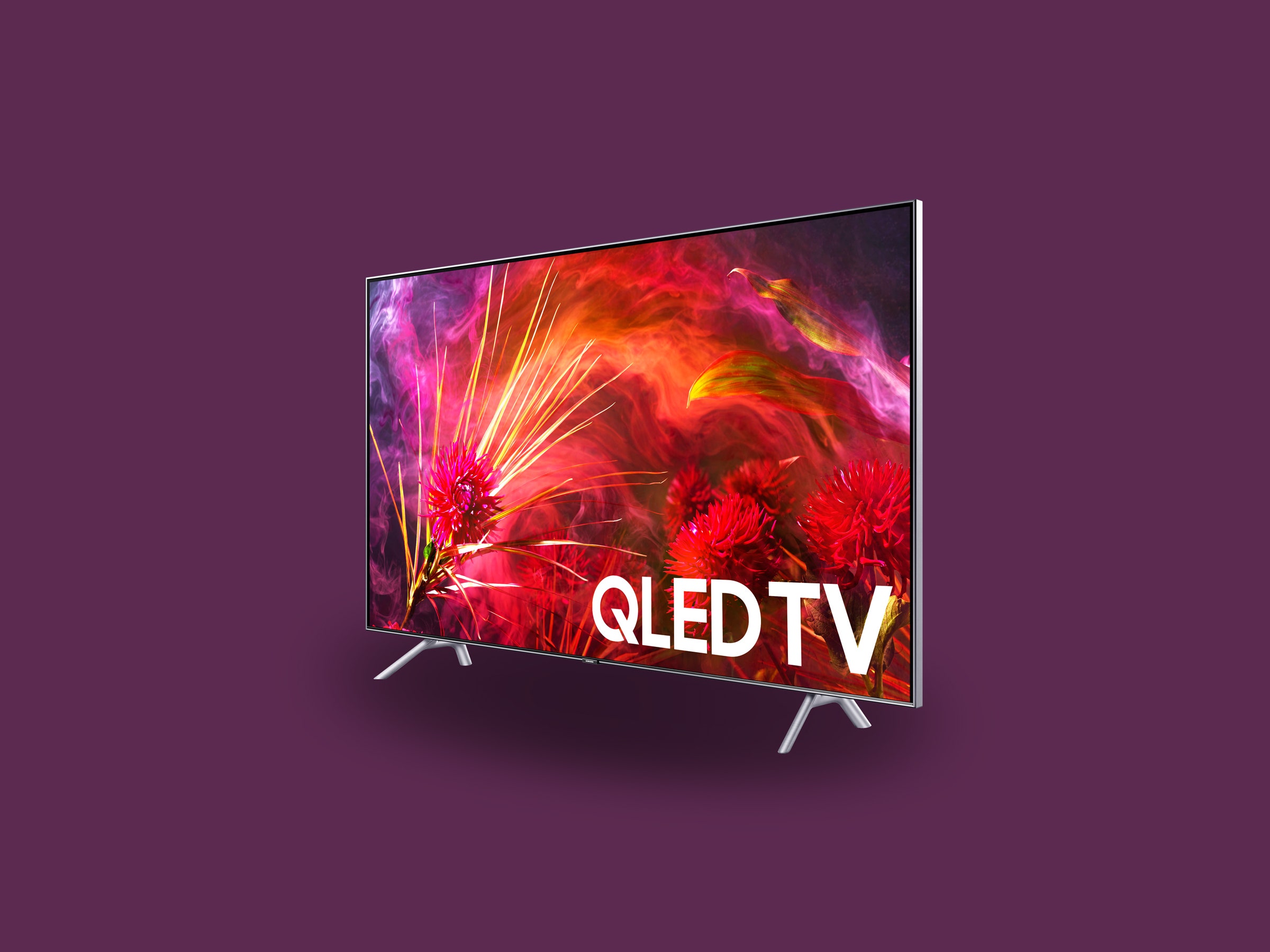