How Trump’s Brainwashing of the G.O.P. Could Backfire

For just about as long as the “blue wave” of the 2018 congressional midterms has been discussed, Donald Trump has been promoting a “red wave”—at one point in a simple, all-caps “RED WAVE!”—to counteract it. The idea, which has proliferated among Trump supporters, is pretty self-explanatory: instead of a Democratic sweep of Congress, the president is predicting that an unforeseen energy will propel Republican candidates to even greater heights. “Great Republican election results last night,” Trump tweeted last week. “So far we have the team we want. 8 for 9 in Special Elections. Red Wave!” His reasoning is simple: in his mind, as well as in the minds of his followers, everything pointing to a Democratic takeover of the House—renewed voter turnout, special-election races flipping districts and states, and a glaring 6.8-point preference for a generic Democrat versus a Republican in polls—is fake news from the liberal mainstream media. After all, not one “mainstream” outlet predicted his Electoral College victory in 2016. Why should 2018 be any different?

His supporters, it seems, have taken the bait. “We’ve seen it in focus groups, with Republican base voters, where you’ll come up with a hypothetical that the Democrats win, and people are like, ‘That’s not going to happen, that’s stupid,’” a Republican strategist told Axios. “They’re like, ‘Oh, to hell with this crap, we were told Trump wasn’t going to win. It’s bullshit.’” Unfortunately for the Republican party, this particular Trumpian falsehood—unlike the president’s assertions that the Access Hollywood tape is fake, or that Robert Mueller is a conflicted crusader backed by “12 angry Democrats”—stands to decimate their chances in midterms. “You have Trump-MAGA loyalists, and their friends on Fox, who have reached a point of not believing polls and media people telling them things are going wrong,” the strategist fretted. “I believe [it] is actually causing the Republicans problems.”

The key issue with Trump’s reassurances lies in the way they could impact election turnout. If Republican voters legitimately believe their majority is not in danger, they’ll see little need to defend it. The president’s red-wave dreams could very well prompt a reverse-Clinton, wherein voters assumed that Hillary Clinton was guaranteed to win the 2016 election, leading thousands to abstain from voting altogether. And though pollsters may not break through to Trump voters—people who by and large view them as creatures of the establishment swamp—their concerns are grounded in reality: last week’s primaries saw Democratic voters turn out in droves, beating their Republican counterparts by hundreds of thousands of ballots. For Republicans, any lag of voter enthusiasm in the general could be deadly. Even Steve Bannon, the ex-Breitbart chairman severely out of favor with Trump, has been vocal about this problem: “We’re 90 days away from this election. This is all about turnout and what I call base-plus,” he told the Associated Press, suggesting that the biggest incentive for Trump voters to retain control of Congress would be to protect the president from possible impeachment.

Trump and his surrogates, whose entire governing strategy rests on convincing voters that critics of the White House are either lying or plotting against the administration (or both), have not been helpful in bringing voters around to the looming turnout problem, especially given the source of worrying data. “What you’re seeing and what you’re reading is not what’s happening,” the president declared at an event last month, describing mainstream media reports, while Sean Hannity has been pushing the red wave concept on his shows, and Breitbart has been arguing for months that a blue wave is overhyped. In an era of filter bubbles, this is cause for alarm: “I would rather Sean Hannity get on TV every night and go, ‘Oh my God, Nancy Pelosi could be Speaker and they’re going to impeach Trump. You better get out to vote,’” the first Republican strategist said. “They watch Hannity . . . and hear that a red wave is coming to save the House,” remarked another. “They really believe it’s going to be 2016 all over again.”

Granted, Trump has a near-preternatural ability to repeat a narrative so often that it becomes true. And, one train of thought goes, pretending political momentum is the best way to manifest it. It’s also true the G.O.P. has won 8 out of 9 special-election races, but those races were all far closer than they should have been. Trump’s fictions, however, have no room for nuance—Republicans will clobber Democrats, Mueller is “disgraced and discredited,” and Trump has “tremendous respect” for women. So far, his affinity for alternative realities has largely been a boon to the Republican party, enabling him to deflect scandal as he enacts their agenda. But in this case, it may hopelessly undermine them. 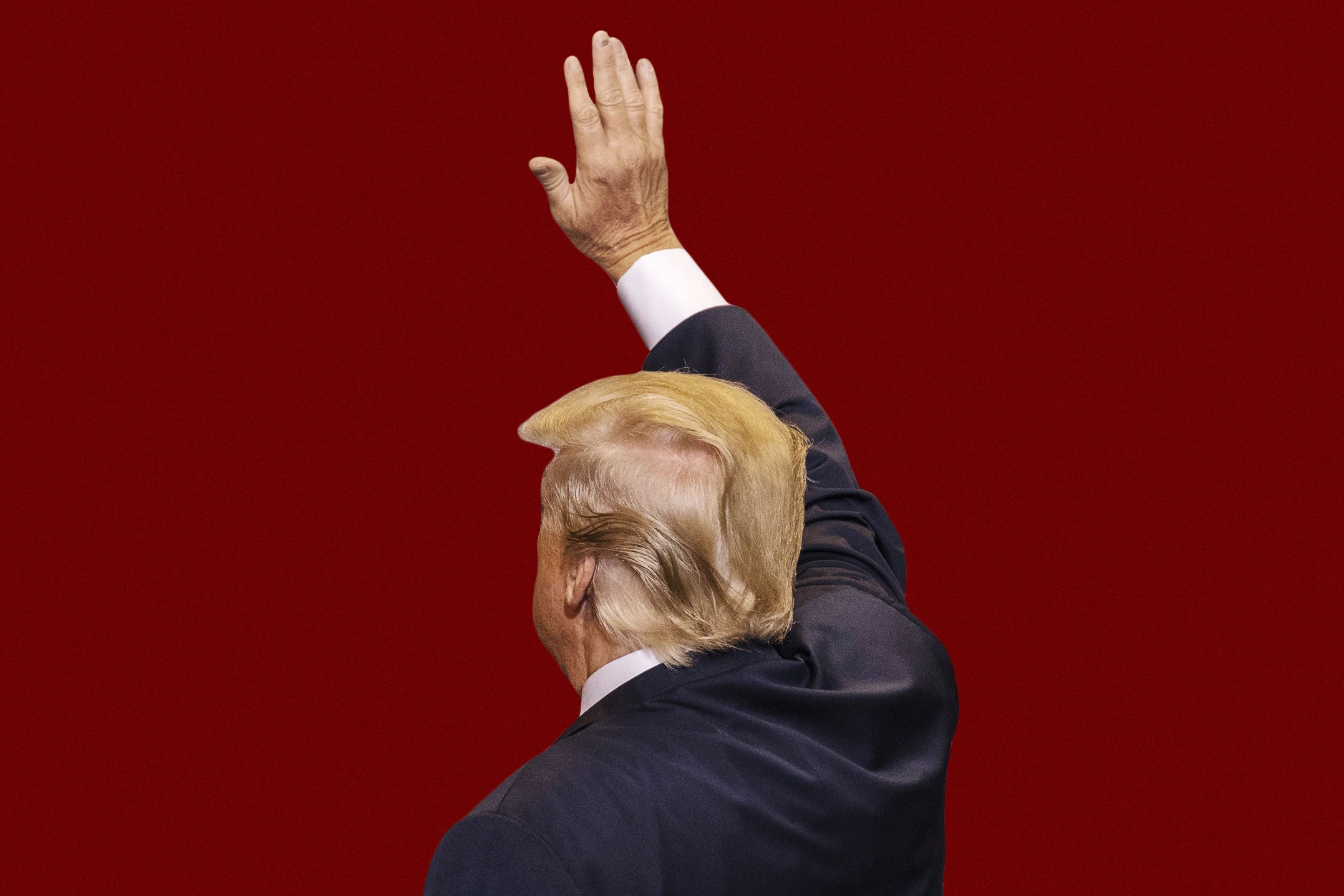