Would you like a Mod to go with that Moto? After three iterations of the Moto Z, it’s clear that Motorola still believes in its line of snap-on magnetic phone accessories. And it should. There are a lot of intriguing Mods you can buy, including a photo printer and a fancy Hasselblad-branded camera, and they all work interchangeably with these Z phones.

Unfortunately, Moto Mods haven’t become a selling point yet. According to Motorola reps, only 40 percent of Moto Z owners are buying them—but the ones that do tend to come back for more. To try and up those middling Mod sales, the phone maker is going to give everyone a taste. The new unlocked Moto Z3 Play comes with a Mod in the box, and it’s exactly the Mod you’ll want.

Normally $50, the Motorola Moto Power Pack Mod (that’s a mouthful) comes with every Moto Z3 Play. It adds a 2,220mAh battery, or about one full waking work day (16 hours), of extra juice to the phone. It’s nice and thin too, adding only 5mm of thickness.

The best thing about having that extra battery pack is that you don’t usually need it. I kept mine tucked away in my laptop bag most of the time. On a typical day, the Moto Z3 had about 25-35 percent charge around bedtime. That’s about in line with other Android phones this year. Oddly enough, the BlackBerry Key2 is one of the only phones that’s consistently performed a lot better, but without a snap-on battery.

Take off the included battery-stuffed backpack and the standard Moto Z3 Play is almost identical to last year’s Moto Z2.

There’s a lot to like about the Moto Z3. It has roughly the same overall dimensions as its predecessors, yet the HD AMOLED screen is longer, stretching to 6 inches. It’s also faster, with a Snapdragon 636 processor, 64GB of onboard storage, and 4GB of RAM (1 more than before). The extra built-in far-field microphones make talking to Alexa or Google Assistant easier, and the MicroSD slot ensures you won’t run out of space.

That boost in processing power helps its Android 8 Oreo operating system speed along well enough that lag isn’t as common as it is on similar mid-range phones. The new OS also gets out of your way, with fantastic, simple features like swiping up and down on the homescreen to open your apps menu or pull down notifications. Motorola doesn’t spend its energy reinventing the wheel. Unlike the heavily-skinned and modified Google OSes you’ll find in competing phones, Motorola just adds a few useful extras and lets Android be Android. I appreciate Moto’s motion gestures, which let you do things like quickly rotate the phone to open the camera or make a chopping motion to turn on the flashlight.

The cameras have also improved—ever so slightly. Motorola has had the weakest cameras of a major U.S. phone brand for years. Even the Moto G6, which is a great value for its price, had a painfully laggy camera app that couldn’t handle dim lighting. The 12-megapixel rear camera and 8-megapixel selfie cam on the Z3 Play still take a hot second to spin up, but can take some lovely photos. I took a tour around Boston, and liked a lot of the shots, including most macros, though it did seem to have trouble focusing on close-up flower petals.

Night shots are still a pain and won’t turn out well (not a problem unique to Moto, sadly), and almost every single one of Motorola’s extra camera features, like the depth-of-field effect from the second 5-megapixel cam or the weird animated GIF maker, don’t work all that well.

Using the Moto Z3 Play isn’t one big party, though. For no logical reason except that every other phone maker is doing it, Motorola decided to cover the back of the Z3 Play in glass, which makes the phone a lot more slippery to hold, less durable, and a huge fingerprint magnet. It’s particularly troubling since it’s probably a phone you won’t buy a case for, since even the good cases tend to cover the back—blocking the ability to snap on a Mod. Just sitting in my bag, a few tiny chips came off the blue paint on the edges, and I have a small scratch on the glass up front. Moto went with Gorilla Glass 3, which is less durable than what many high-end phones use.

Finally, like the other Z phones, Motorola has stubbornly eliminated the headphone jack, though it does include a USB C adapter in the box. If you aren’t ready to buy wireless headphones or use a dongle, this isn’t the phone for you.

Unlocked and Ready to Rock

For the price, it’s easy to forgive some of the Moto Z3 Play’s quirks. The phone comes with that battery mod universally unlocked for $500 and works on every major U.S. carrier (Verizon, AT&T, T-Mobile, and Sprint). And if you buy from Amazon, the package only costs $450.

If you’re a Verizon customer and don’t plan on switching anytime soon, there will also be an exclusive Moto Z3. It’s locked to Big Red’s network and you don’t get the battery Moto Mod in the box. What you get in exchange is a faster Snapdragon 835 processor, which was the fastest Android phone chip in 2017 and the same processor that was in last year’s Z2.

It’ll still be a bit of a speed boost over the Z3 Play if you’re a gamer, and the extra rear camera (used for depth effects) packs a few more megapixels. But, the Moto Z3 (non-Play) is also under embargo until later this month, so we haven’t had a chance to give it the full review treatment just yet. If you’re interested in that phone, rest assured that the Z3 Play is functionally about the same.

There are definitely phones, like the OnePlus 6, that offer more power for the money, but with its 4-network compatibility (yes—Verizon, AT&T, Sprint, and T-Mobile all jive with this unlocked phone) and an extra battery pack in the box, the Moto Z3 Play should be on every phone buyer’s radar this year. 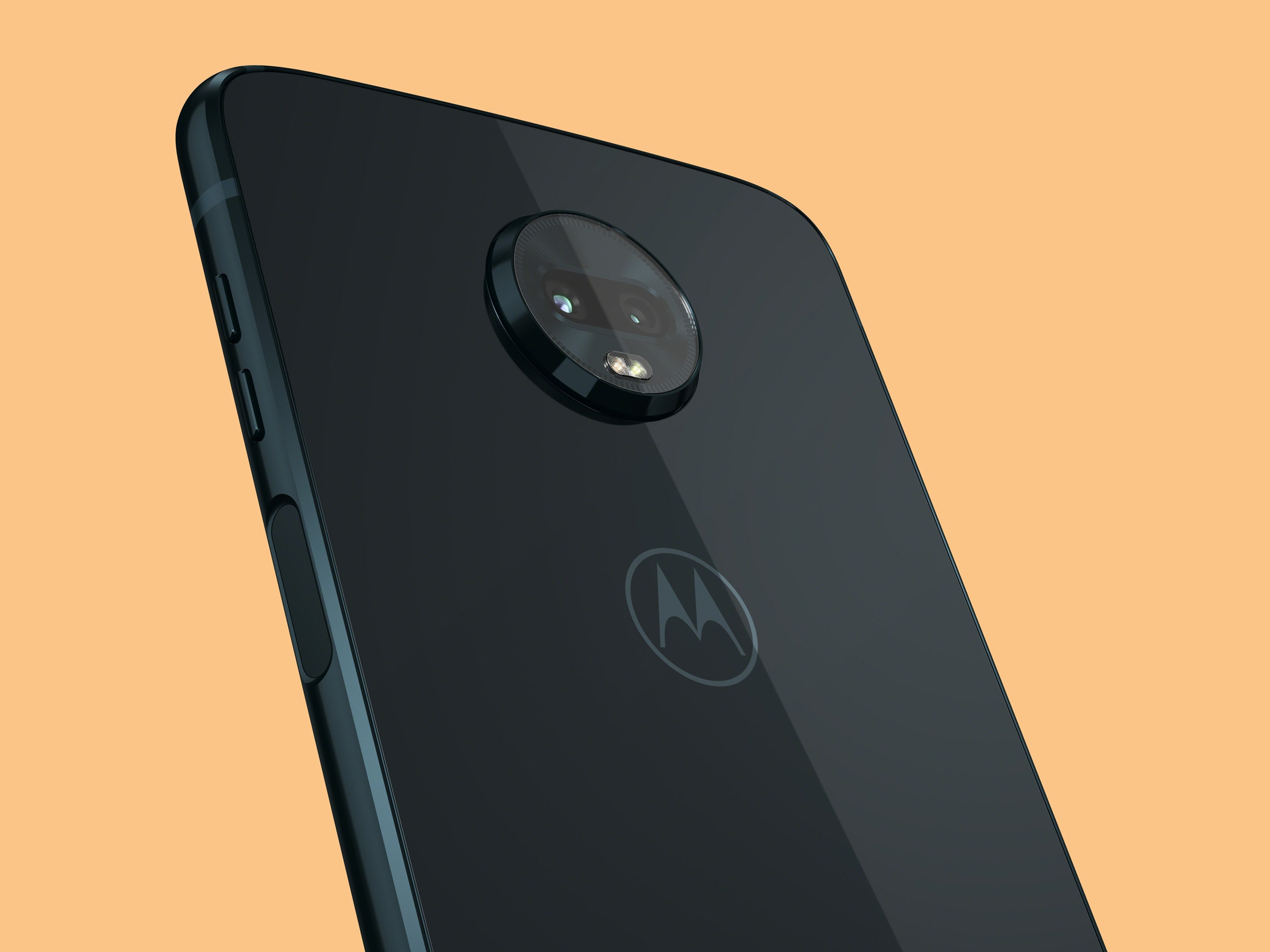