There are at least two ways of looking at Wednesday’s vote by the House of Representatives to impeach Donald Trump, by two hundred and thirty-two votes to a hundred and ninety-seven. Without a doubt, it was historic. Coming after an unprecedented assault on the Capitol last week, which culminated a determined two-month effort by Trump to overturn the 2020 election, the House didn’t shrink from its responsibility to act. Following Wednesday’s vote, Trump became the first President in the two-hundred and-thirty-two-year history of the Republic to have been impeached twice. Whatever happens from here, that ignominy will surely be the first thing mentioned in his obituary.

But the fact that only ten Republicans voted to impeach Trump demonstrates the grip that he holds on the Party even now. On Tuesday, after Representative Liz Cheney, the third-ranking Republican in the House, announced her support for impeachment, and the Times reported that Senate Majority Leader Mitch McConnell favored a rapid impeachment, there was speculation that elected Republicans may be starting to defect from Trump in large numbers. That was wishful thinking.

Even as the House debated impeachment on Wednesday, McConnell’s office announced that he would not allow a trial in the Senate until after the Inauguration of Joe Biden, raising the question of whether the Republican leader is fully breaking with Trump. The House debate itself was another demonstration that, with those ten honorable exceptions, the House Republican caucus is populated with full-on Trumpers, who eagerly supported his antidemocratic crusade, and with pitiful wretches who, despite recognizing the danger Trump represents, are still too frightened to go against him.

“We know that the President of the United States incited this insurrection—this armed rebellion against our common country,” House Speaker Nancy Pelosi pointed out, in a well-tailored speech that lasted some seven minutes. She reminded her audience that the rioters who vandalized the Capitol were “sent here by the President,” who saw them as a means to his “terrible goal” of clinging to power. “Do we not have the duty to our oath to do all we constitutionally can to protect our nation and our democracy from the appetites and ambitions of a man who has self-evidently demonstrated that he is a vital threat to liberty, to self-government, and to the rule of law?”

Some of Pelosi’s Democratic colleagues were less decorous. Michigan’s Haley Stevens recalled being trapped in the House chambers as the rioters marauded. “The President was called for help, but he didn’t answer the call,” she said. Representative Ilhan Omar, a proud member of the progressive Squad, said that Congress could no longer ignore the “criminality, corruption, and blatant disregard to the rule of law by the tyrant President we have in the White House.” Hakeem Jeffries, the chair of the House Democratic Caucus, said, simply, “Donald Trump is a living, breathing impeachable offense. It is what it is.”

In replying to the impeachment motion, the Republicans first put up not Kevin McCarthy, the House Minority Leader, but Jim Jordan, the Ohio brawler on whom Trump bestowed the Presidential Medal of Freedom earlier this week. Rather than condemning his benefactor’s incitements on and before January 6th, Jordan sought to minimize them. He accused the Democrats of dividing the country and trying to “cancel” Trump just seven days before he is due to leave office. Later in the debate, Jordan read out a new statement from Trump, in which the incendiary-in-chief, responding to reports of new violent protests being planned, urged “no violence, no lawbreaking, and no vandalism of any kind.” Give Jordan a bit of credit: he read it out with a straight face.

Next up on the G.O.P. side was the Californian congressman Tom McClintock, who sought to defend the remarks that Trump made at the Ellipse on January 6th. “He specifically told the crowd to protest peacefully and patriotically,” McClintock said. “And the vast majority of them did. But every movement has a lunatic fringe.” Of course, McClintock didn’t mention that Trump had also called the election “brazen theft,” told the members of the crowd to “fight like hell” and promised them “I’ll be there with you” as they marched on Capitol Hill.

McCarthy, when he finally spoke, made short work of efforts to whitewash Trump’s role in the violence, or to shift the responsibility onto left-wing agitators. “Some say the riots were caused by Antifa,” McCarthy said. ”There is absolutely no evidence of that.” Then, after mourning the deaths of two Capitol police officers, he said, bluntly, “The President bears responsibility for Wednesday’s attack on Congress by mob rioters. He should have immediately denounced the mob when he saw what was unfolding.”

On a day when almost all the speeches divided along partisan lines, McCarthy’s admission appeared to be a rare moment of truth overcoming politics. But McCarthy then quickly resorted to type, which, in his case, has been months of enabling Trump’s antidemocratic maneuverings, even up to voting himself against the Electoral College results just hours after last week’s riot. Rather than supporting the impeachment of a President he had just held responsible for a deadly insurrection, McCarthy said that “a fact-finding commission and a censure resolution would be prudent. Unfortunately, that is not where we are today.”

Most of the Republicans who voted for impeachment did not speak in the debate. But one of them, Peter Meijer, a Michigan representative who occupies the seat once held by Gerald Ford, issued a statement: “The one man who could have restored order, prevented the deaths of five Americans including a Capitol Police officer, and avoided the desecration of our Capitol, shrank from leadership when our country needed it most.” Meijer added that, over the past week, he had wrestled with what to do, and said he had some concerns about due process. But, he concluded, “The President betrayed his office by seeking to undermine our Constitutional process, and he bears responsibility for inciting the violent acts of insurrection last week. With a heavy heart I will vote to impeach Donald J. Trump.”

Ultimately, it was left to Steny Hoyer, the veteran Democrat from Maryland, who has been on Capitol Hill since 1981, to remind the chamber how far American democracy had devolved, and how aberrant Trump’s behavior was. Citing the President’s incitement, Hoyer quoted Liz Cheney’s statement: “There has never been a greater betrayal by a President of the United States of his office and his oath to the Constitution.” Hoyer also recalled his service on Capitol Hill under three prior Republican Presidents—Ronald Reagan, George H. W. Bush, and George W. Bush. “I have respect for all of those Presidents,” he said. “They executed their office consistent with the Constitution and laws of our country. That is not true of this President. And, therefore, he ought to be removed. And we have that opportunity to do so. Is there little time left? Yes. But it is never too late to do the right thing.”

Read More About the Attack on the Capitol 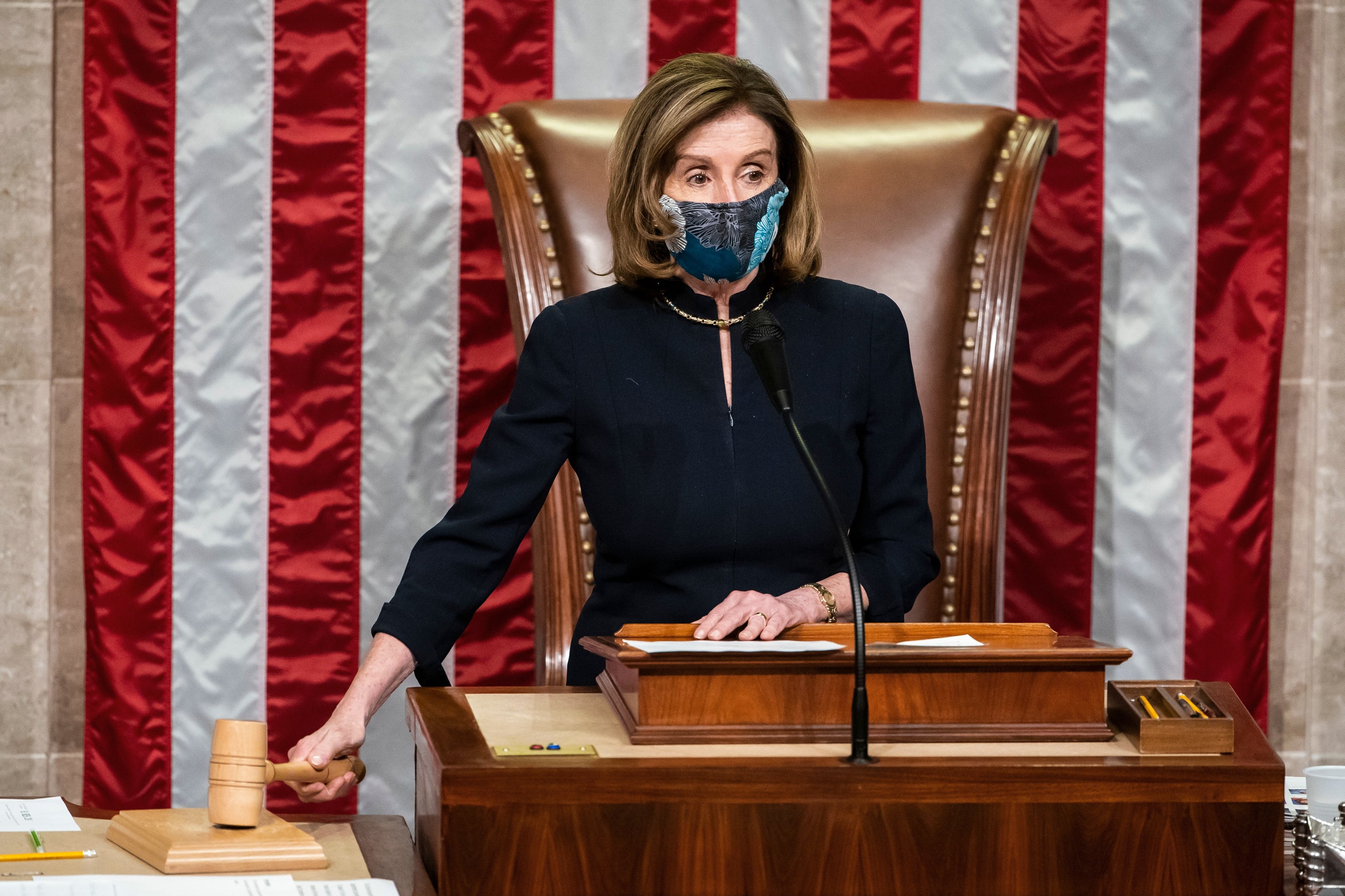 American Individualism Is Killing Us
Police officer who shot Jacob Blake won’t face charges
The G.O.P. Can No Longer Be Relied On to Protect Democracy
Grattan on Friday: Australia's war crimes in Afghanistan – how could those up the chain not know?

‘They Were Watching Us, Not Watching Our Backs’
Ikea Just Quietly Killed Its Famous Catalog. It’s a Brilliant Lesson in Emotional Intelligence
EP.807: John Pilger- Julian Assange’s Extradition Case is a SHOW TRIAL!
Think taxing electric vehicle use is a backward step? Here's why it's an important policy advance