Why should we foot BBC wages, writes an outraged MARTIN BELL

Remember Robert Dougall? Older readers among you will. He was a BBC stalwart long before the era of the Corporation’s ‘rich list’ of TV presenters who earn far more than the Prime Minister.

It was Robert’s voice that, in September 1939, announced on the BBC Empire Service that Britain was at war with Germany.

Back in the Sixties, I used to work alongside him at the BBC studios at Alexandra Palace, and I saw how millions regarded him as a trusted friend.

Once, an elderly widow wrote to him confessing that she had undressed and taken a bath in front of the TV set while he was reading the news. She hoped he didn’t mind!

To BBC presenters and reporters of Robert’s generation and then mine, working for the Corporation was the greatest honour imaginable.

There was a strong sense among us that we were serving the public and we had a special, personal and even intimate relationship with them.

Sadly, this is a relationship that has been cynically undermined over the years by the BBC itself, not least by the announcement last month that to save money up to 3.7 million over-75s will no longer receive a free television licence.

As the BBC has grown into a complacent, self-satisfied bureaucratic monolith, a gulf has opened up between the people on screen or the airwaves and those who foot their wages, the licence-fee payers.

A myth has been allowed to grow up that the presenters – or the ‘talent’ as the management call them – are somehow extraordinary and deserve exceptional rewards.

The BBC’s chairman, David Clementi, certainly buys into this nonsense: yesterday, as yet another row erupted over the BBC pay, despite a total salary bill that tops £1billion and a bill for the Beeb’s ‘stars’ up by £11million on last year, he said he saw ‘no evidence we are paying anyone above the market rate,’ and even added: ‘What I’ve seen suggests the opposite.’

He and the legions of BBC bureaucrats are deluded – at least when it comes to delivering the news.

On the evening of August 27, 1979, the BBC news bulletin drew its biggest ever audience of 27 million.

It was the day that the IRA blew up Lord Mountbatten and members of his family in a boat off Mullaghmore in Ireland, and the same day that 18 British soldiers died in an ambush at Warrenpoint in Northern Ireland. 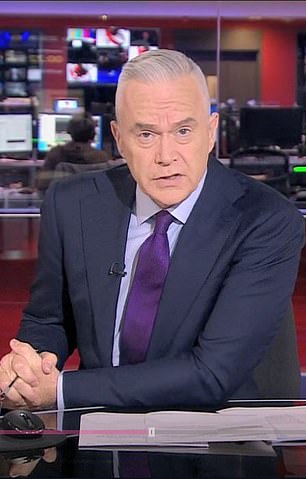 Robert Dougall (left) is famous for announcing in 1939 that Britain was at war with Germany. Huw Edwards (right) is another familiar voice on the BBC

The bulletin was read not by a ‘star’ or even by one of the regular news presenters but by veteran foreign correspondent Christopher Morris. Like me at the time, Morris was an all-purpose general reporter. The Beeb has forgotten that it’s the news that matters, not who is delivering it.

Elsewhere within the Corporation, it is evident from the list published yesterday that presenters’ salaries are more outrageous than ever. It’s as if executives are thumbing their nose at ongoing public concern about the BBC’s excessive pay.

How can Match Of The Day’s Gary Lineker – a former footballer trained by the BBC to become a competent presenter – continue to receive £1.75million a year? Is his colleague Alan Shearer worth an extra £30,000, boosting his salary to £440,000? Would they earn that elsewhere? I very much doubt it. It’s a kick in the teeth for every licence-fee payer, and especially the over-75s.

The best-paid journalist, newsreader Huw Edwards, is on £490,000. To reporters of my generation, that sum is unthinkable.

Bear in mind that veteran newsreader Kenneth Kendall’s final salary at the BBC in 1981 was £16,000 a year – just over £60,000 in today’s money. That’s an eighth of Edwards’ salary and Kendall commanded audiences of eight million compared to around five now.

When I left the BBC in 1997, after 35 years’ service, I was being paid a salary of £70,000: a good wage, certainly, but far from the stratospheric salaries commanded today.

While reporting from Sarajevo in 1992, I was hit by mortar shrapnel. Some of the metal is still in my stomach: doctors say it would be too dangerous to attempt to take it out. I can assure you that, in contrast to the perils of war reporting, reading an autocue in a TV studio requires no remarkable gifts.

The ‘talent’ would be alarmed to realise how many untrained people could do it just as well. 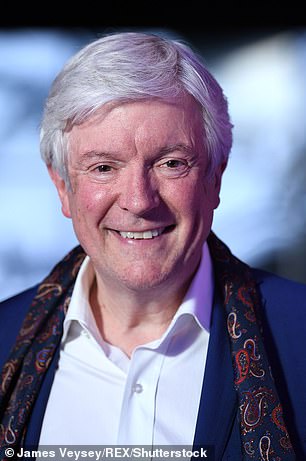 And their massively inflated salaries are not even performance-related. Indeed, earnings have increased even as audiences have diminished – a fraction of what they were 20 years ago for the main terrestrial channels.

The BBC News at Ten, for example, has less than 20 per cent of the audience it enjoyed in the late Seventies.

Admittedly, yesterday’s figures do reveal that some trimming of salaries has begun. Jeremy Vine, John Humphrys and Steve Wright – all paid many hundreds of thousands a year – have taken pay cuts of between £85,000 and £150,000. That’s a start but it must go further.

If the BBC loses some of its best-known performers as a result, then so be it. There will be no lack of talented volunteers to take their places.

What isn’t widely known is that the overall earnings of the BBC’s high-flyers are often in considerable excess of published figures. These presenters can enjoy additional windfalls from so-called ‘corporates’, including after-dinner speeches, videos and conferences.

While MPs have to declare these things on a register, journalists and presenters working for the publicly-funded national broadcaster do not.

Yet if a presenter is ‘let go’ by the BBC, such engagements dry up very quickly. What these men and women are worth outside the BBC is entirely dependent on the ‘face-time’ conferred by the broadcaster. Why isn’t that fact part of hard-nosed salary negotiations?

There are other ways to save money, of course, such as cutting management salaries or reining back on the Beeb’s ambitions to compete with Netflix and other streaming services. We never seem to hear about those options.

And it strikes me as odd, perhaps even hypocritical, that the BBC makes much of its status as a public-sector broadcaster when it is defending its licence fee, yet pretends to be a commercial organisation when paying its executives and presenters.

I am pleased that the anomaly of the pay gap between men and women is being closed.

For the first time, three of the top ten earners are female – Zoe Ball and Claudia Winkleman on £370,000 and Vanessa Feltz on £355,000. All of them have received substantial increases, as have Lauren Laverne, Fiona Bruce and Sophie Raworth.

None of the savings required, however, should have come at the expense of the licence payer – or those elderly Britons who will have their free licences taken away.

I well remember the day in 1999 when, as the only independent MP in the Commons, I heard Chancellor Gordon Brown announce free TV licences for the over-75s. What cheers there were!

I am now 80 and have benefited from this freebie, though I didn’t need it. And though I am not a wealthy man, I’d be perfectly willing to have the levy reimposed on me, as are many others. But there are millions who cannot pay and who do not qualify for the pension credit benefit that will, from June 2020, entitle them to a free TV licence.

It will hit their quality of life hard. These include some of the poorest and most vulnerable people in our society: frail men and women, often living alone and far from family, for whom television is their window on the world, and presenters on both radio and TV are their everyday companions.

The BBC would do well to remember that it has no more devoted audiences than those of us in the autumn of our years. Never mind the ‘talent’ – they’re replaceable, every one of them if necessary. It’s the viewers who are the Corporation’s greatest stars. They deserve better.