Germany booked their place in the Women’s World Cup quarter-finals with a confident win over Nigeria.

A first-half header from Alexandra Popp and Sara Dabritz penalty quickly after put the Germans on course for the quarter-finals, with Lea Schuller wrapping the game up late on.

The two-time champions will now play either Sweden or Canada for a place in the final four as they seek to add to their tournament wins in 2003 and 2007.

Germany won every game in Group B, beating Spain, China and South Africa, to set up the clash with Group A runners-up Nigeria.

While favourites, the Germans were again without star player Dzsenifer Maroszan who was on the bench after failing to fully recover from a broken toe.

The experienced Germans worked an excellent chance after six minutes, with Lina Magull having a shot from yards out blocked brilliantly by Osinachi Ohale early on.

Germany won all three games against Spain, China and South Africa to finish top of Group B

Despite some sloppy play, the Europeans’ early dominance bore fruit when veteran striker Popp nodded home from a corner, with the goal awarded after a VAR review.

A second VAR review in a matter of minutes then handed Germany a penalty when Evelyn Nwabuoku’s attempt a clearance led to a foul on Magull inside the box.

Nigeria keeper Chiamaka Nnadozie, who had been booked in the group stages for moving off her line from a spot-kick, could do nothing to keep out Dabritz’s powerful effort.

Germany, who topped Group B after winning every game, appeared in control as Dabritz forced a save from Nnadozie.

Desire Oparanozie miss-kicked an inviting chance before Nigeria had a VAR review for a possible handball in the area on Guilia Gwinn, but it was dismissed quickly.

Both sides rang changes at half-time, with teenager Rasheedat Ajibade on for Nigeria and Carolin Simon and Klara Buhl both in for Germany. 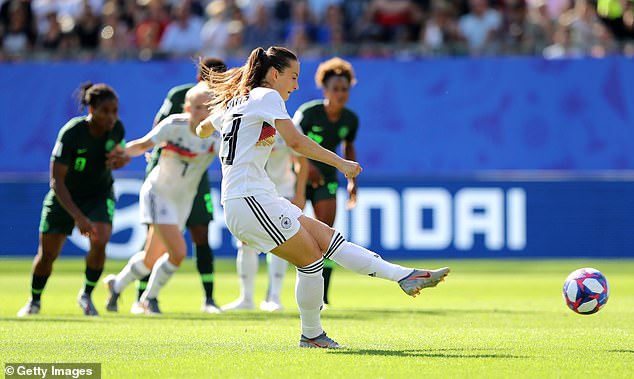 It was Ajibade who also made a telling impact after driving down the right flank and flashing a ball across goal that just lacked a final touch.

Beyond that the Nigerians appeared to tire in warm conditions in Grenoble and gradually faded.

it was left to the prolific Lea Schuller to capitalise on a defensive mistake and fire home right-footed late on and seal Germany’s place in the next round. 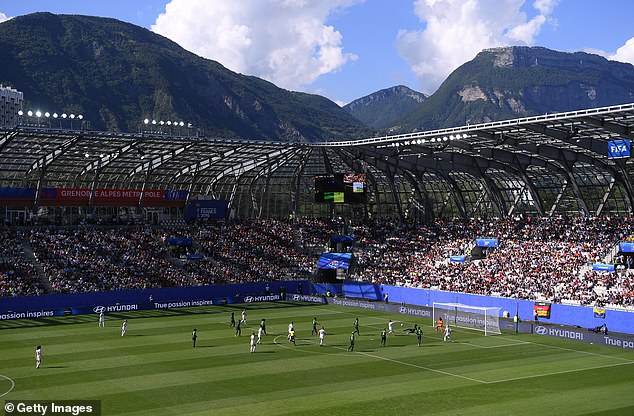 A good crowd turned out to support both nations at the  20,068-capacity Stade des Alps 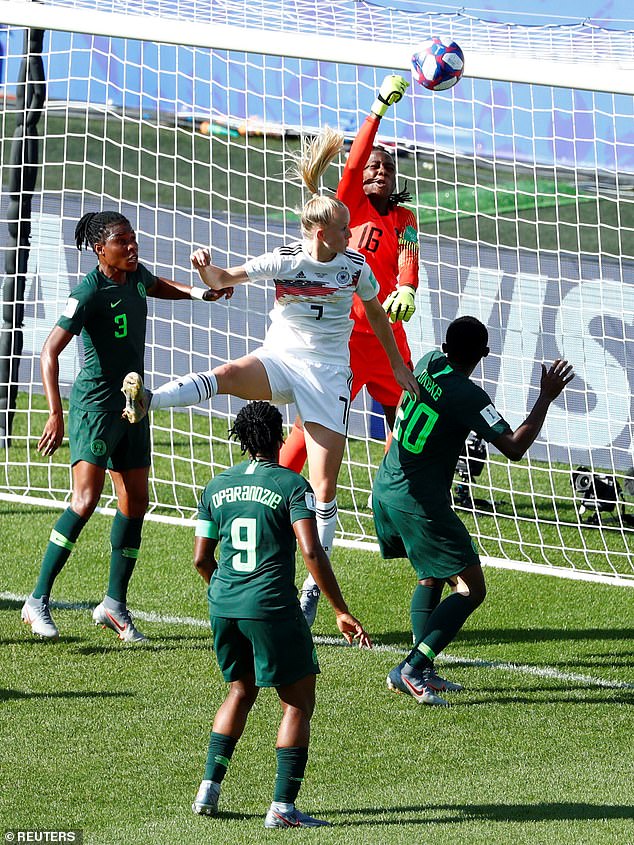 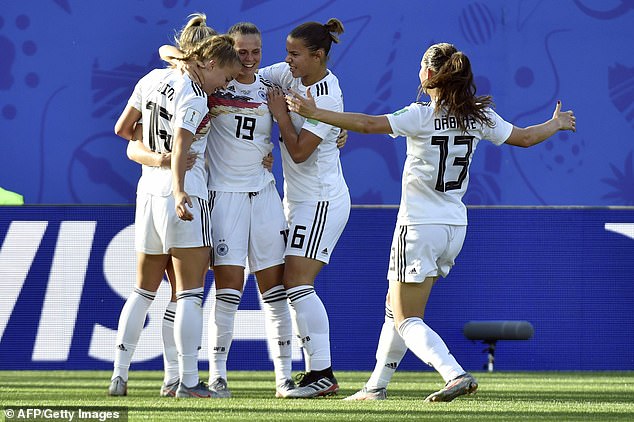 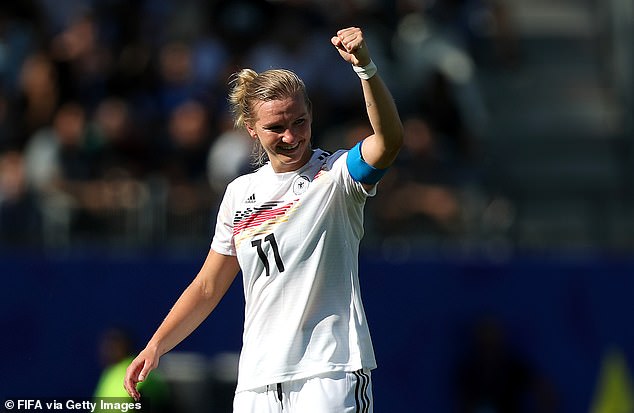