Real Madrid youngster Martin Odegaard has touched down in Germany ahead of a possible move to Bayer Leverkusen.

The 20-year-old arrived at the Bernabeu with huge promise as a teenager but struggled to make the grade in Spain.

Two loan spells in the past two seasons, most recently with Vitesse, have helped his development and it seems his next move will be to the Bundesliga.

TV2 report that Leverkusen is a ‘possible destination’ for Odegaard.

The midfielder and his father Hans Erik, who also represents him, landed in Dusseldorf on Thursday morning.

There should be no shortage of suitors for Odegaard in Germany but the lure of Champions League football with Leverkusen could be strong.

He scored eight times and provided 11 assists in 31 games in the Dutch league last season having been shipped out to the Eredivisie after pre-season with Real.

Zinedine Zidane is well stocked and has splashed out £344million this summer already.

Odegaard has fallen even further down the pecking order with the additions of Eden Hazard and Rodrygo and seems destined for the exit door. 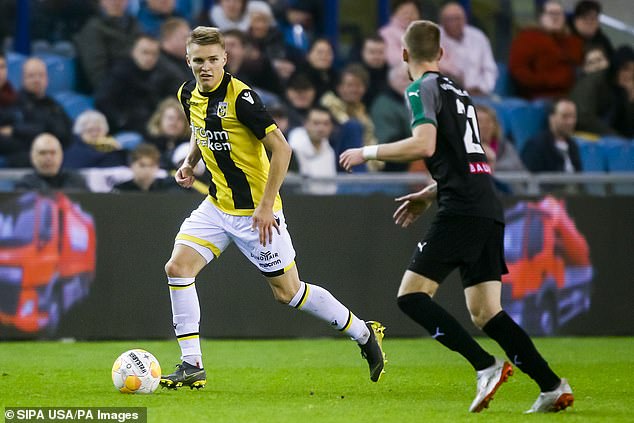