In high school, my cross-country coach once counseled me to open my clenched fists. Stay relaxed, he said. The energy that you use to clench your fists is energy that you need for running. To this day, every time a shirt rides up or a shoe comes untied, I shout, “Noooo! I need this energy for running!”

That’s why I, like many runners, loved the original Plantronics BackBeat FITs. They were 100 percent fuss-free. You didn’t have to untangle wires or remember where you put a case. They never fell out. They were simple, durable, and water-resistant, and all at a price that wasn’t completely outrageous.

It’s taken Plantronics a long time to update them. Indeed, they’re releasing it in a series of workout headphones, along with the nylon-corded Backbeat FIT 350, which is an update to the Backbeat FIT 305, and a new set of wirefree sport earbuds, the Backbeat FIT 3100s.

But after trying all three, I’m still convinced: Plantronics has kept all the things that made the original Backbeat FIT great, and the updates only make it better. These are my platonic ideal of running headphones.

Where the Rubber Meets the Road

The Backbeat Fit 2100 has a unique look. The earpieces are set on a short rubber cord that runs around the back of your head from one ear to the other. The earpieces come in one size and sit inside the hollow of your ear, rather than sealing in your ear canal.

I love Plantronics’ earpieces. I have oddly-shaped ears, and fitting sport earbuds is the bane of my existence. I can’t count the number of times that I’ve burst out the door, gotten halfway down the block, and had one bud fall out.

The earpieces also let in just the right amount of ambient noise, a feature that Plantronics calls “Air Aware”. This keeps me from being run over by approaching bikes, cars, dogs, or people when I’m running or hiking outside. I can also wear them while doing chores around the house, confident that I’ll be able to hear a dog bark or a kid fall off a table.

The original Backbeat FITs came in a series of utilitarian neon colors, but the Backbeat FIT 2100s have a subdued black band, with a metallic sheen on the earpieces that Plantronics informs me are meant to look like a pair of mirrored sunglasses (they do!). The button on the right turns them on and allows you to pause or skip forward a track; the button on the left lets you control the volume.

If you have trouble remembering which button does what—and I did, with the original FITs—you can also now connect the headphones to the PLT Backbeat app and click “My Tap”. My Tap allows you to assign different actions to one or two taps, like checking battery level, setting a stopwatch, starting a preset timer, or waking up Siri.

The app also has a “Find My Headset” feature, which you might think would be useful. Unfortunately, it can only activate a tone if the headphones are still on and connected to your phone, and I usually turn them off when I’m not wearing them. The microphone is decent, and allowed me to sound intelligible while making dentist appointments or fending off phone bank callers asking for donations.

The battery has an extremely long life. It’s advertised as a full seven hours, and I found that a full charge usually showed an estimated six to seven hours of battery life in the app. I chose to check mine with a tap, but you can also check in the BackBeat app, and you’ll get reminded when you turn them on, too.

In real world terms, it means that the headphones won’t poop out in the middle of a run. Heck, seven hours is long enough for a full day of hiking. One charge usually lasted me four or five days for daily, or twice-daily, runs and walks with my dogs. Even if the headphones warned me that the battery was low, I usually had more than enough juice to make it for another half-hour home.

And finally, the last update that Plantronics made was to up the headphones’ waterproofing rating. The BackBeat Fit 2100s are rated at IP57, which means that they’re protected against immersion in liquids up to one meter.

I don’t recommend this, but I did, in fact, wear these in the shower. They were fine. You could also wear them while taking a bath or soaking in a hot tub, although you can’t take them swimming because (surprise!) Bluetooth doesn’t work underwater.

The Hills are Alive

Of course, the one drawback is one that many will find hard to overlook. Compared to other headphones, or even other workout headphones (like, say, the premium Bose SoundSport Free), the sound isn’t mind-blowing. This is despite the fact that the BackBeat FIT 2100s have 13.5-mm drivers, a nice upgrade over the original BackBeat FIT’s 13-mm drivers.

Part of this is attributable to the fact that the BackBeat Fit 2100s don’t have any noise-canceling properties. I like being able to hear what’s going on around me, but music does sound better when you’re not also listening to a nearby Ultimate Frisbee game.

Electronic music in higher pitches, like CHVRCHES, did sound a little muddy, and Haim’s fast snare drums sounded tinny. Still, Kacey Musgraves’ high, pure singing in “Oh, What a World” was still ethereal. And the sound was big enough, with a big enough bass presence, that I found myself dancing to Weezer while walking my dogs.

It might seem counterintuitive to recommend headphones where the sound isn’t as great as you might find elsewhere. But when it comes to workout headphones, sound quality just isn’t at the top of my list of priorities. Price and stability are.

Running is hard enough without your gear getting in the way. I don’t like wires getting caught in the hood of my rain jackets. I don’t want to worry about an earbud falling out into a bush, or misplacing a clip, or losing a case. That’s why the original BackBeat FITs were so great, and the BackBeat FIT 2100s are even better.

They look much cooler, and the buttons are much easier to use. When I’m wearing them, I’m not constantly wondering if the wire would be better in front or in back, or internally griping about sweaty silicone creating a vacuum in my ear. I can save all that energy for running. And they’re only $100! It might be finally time to trade my old headphones in. 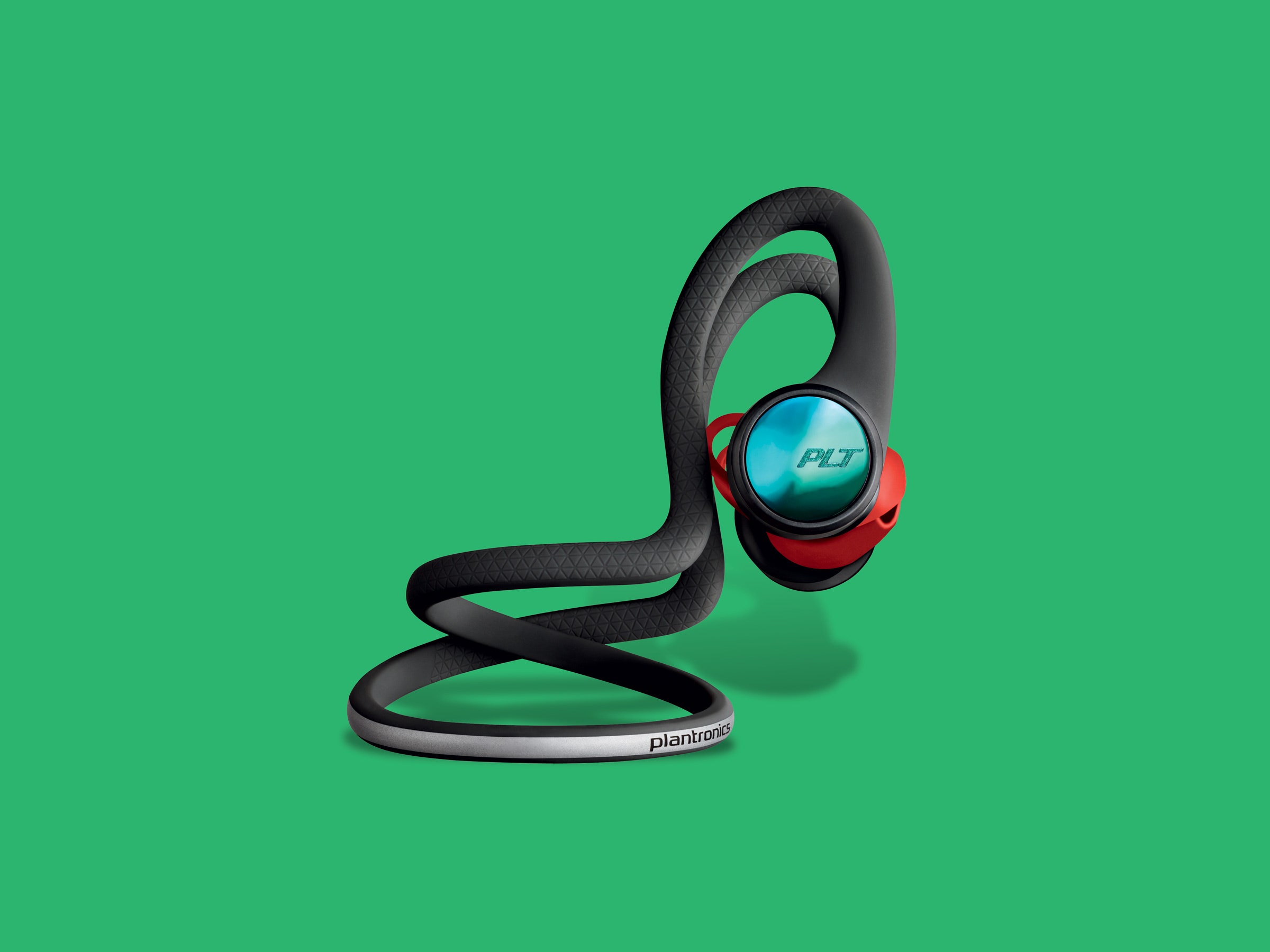 Hertz, Accenture, and the blame game
Original Content podcast: On ‘Guava Island,’ Donald Glover mixes music and politics
2 Streaming Amps for Audiophiles: Naim Uniti, Bluesound
Bioengineers Are Closer Than Ever To Lab-Grown Lungs
This One-Armed Robot Is Super Manipulative (in a Good Way)
SpaceX's Starship, Meant for Mars, Prepares for a First Hop
Spread the love

SpaceX Sticks Its Landing after a Showy California Launch
Ford Offers A Way To Give Your Older Model New Connectivity Tech
A Wildfire Was Extra Close to Home for This LA Photographer
Kango, HopSkipDrive Try to Make Ride-Hail Work for Kids
Why Warriors’ Andre Iguodala joined African unicorn Jumia’s board of directors
The lowdown on Libra: what consumers need to know about Facebook’s new cryptocurrency