I’m Not Here to Make Friends: The Rise and Fall of the Supercut Video

In the summer of 2008, Rich Juzwiak was working as a culture writer for VH1’s website, a job that required him to keep up with a daunting assortment of reality-television shows. Some were well-established hits: Survivor, The Apprentice, Big Brother. Others were single-season oddities, like The White Rapper Show or Crowned. No matter what show he was watching or reading about, Juzwiak had noticed that, at some point, one of the contestants invariably made the same defiant claim.

“I’m not here to make friends.”

For months, Juzwiak pulled together as many clips as he could find featuring the phrase, a process that required searching numerous recaps, and frequenting dubious video archives. “It was not the age of streaming,” Juzwiak says. “It was the era of sketchy sites: ‘If I download this file, will it actually be the file, or am i giving myself a virus?’” Eventually, he compiled more than three minutes’ worth of examples, which he edited together and released on his personal blog in July 2008, under the title “I’m Not Here to Make Friends!”

At the time, Juzwiak’s video was one of the more ambitious—and more popular—examples of an emerging genre of web video: The supercut. It was a catch-all term for a new wave of fast-moving, detail-obsessed videos that isolated a recurring pop-culture trope. Some supercuts were specific to a movie or series, like a compilation of every ridiculous one-liner uttered by David Caruso on CSI: Miami. Others cataloged decades-old Hollywood cliches, like dramatically yelling “It’s showtime!”

The first supercuts had begun popping up on YouTube shortly after the site’s 2005 launch, but they achieved web-wide awareness a decade ago, not long after writer and net-culture observer Andy Baio first coined the term “supercut” in April 2008. A few months later, “I’m Not Here to Make Friends” arrived, followed by such crucial supercuts as people saying “What? on Lost and an experimental clip in which all of the words were removed from George W. Bush’s 2008 State of the Union address. For years afterward, supercuts would become a staple of culture blogs and movie and TV sites, documenting everything from Schwarzenegger screams to Nic Cage freak-outs to Bill Gates saying “uh” a lot.

The length and reach of these classic ‘cuts varied, as did their intent. Some were merely having fun, pointing out ridiculous, overused catch-phrases; others were serving as a sly bit of cultural commentary. A few of the best supercuts, like “I’m Not Here to Make Friends,” were both. “It was about exposing the tropes,” says Juzwiak. “One of my obsessions—and maybe my chip on my shoulder—are things that treat viewers like they’re dumb. And when you see the pattern, you hit back at it.”

Ten years after the surge of the supercut, though, the era of the obsessive, affectionately critical montage appears to be over, done in by changing technologies, diminishing attention spans, and an exhaustion of ideas. As Caruso might say, it looks like the supercut has been…[pauses to put on sunglasses]…snipped.

In many ways, the supercut era could only have arrived in the mid-to-late ‘00s, a period in which the web had yet to begin its transition from quasi-lawless creative outpost to monetized, polarized aggravation machine. YouTube, Facebook, and Twitter were just a few years old; Instagram and Vine were still a few years away; and people were making memes and deeply creative clips largely just for fun. The idea of getting rich or famous from something you played around with in your spare time seemed LOL-worthy. “There was never any sort of endgame I thought of, beyond just completing a video,” says Juzwiak. “It was a period where there wasn’t really a sense of where things you made would end up, or how people would dissect them.”

The idea of chopping up and mocking pop culture in video form was hardly invented by the web, of course, as artists have been playing with on-screen imagery for decades. One of the forefathers of the modern supercut movement was Derrick Beckles, who in the ‘90s began slicing up bizarro late-night movies, commercials, and music videos into VHS-era compilations he released under the name TV Carnage. One of his videos, “Give Me Your Badge and Your Gun,” compiled various scenes of tough-as-nails police chiefs demanding that some upstart underling hand over his or her shield and weapon.

Years later, by the late ‘00s, iMovie and the recently introduced Adobe Premiere Pro had made it possible for video artists to put together montages with relative ease, even if they were learning on the fly. Juzwiak wasn’t a professionally trained editor when he made his supercuts—”I had more of a D.I.Y., ‘I know what I need to do to put this together’ approach,” he says—but neither were many of his supercutting peers. In 2009, Duncan Robson created “Let’s Enhance,” which compiled several scenes of TV and movie characters staring at ridiculous zoom-in technologies. He didn’t have any digital-editing experience, but using Premiere, he was able to put together the nearly two-minute-long clip from illegally ripped footage he’d found around the web. “It was all pirated,” Robson says.

What made clips like “Let’s Enhance” especially potent in the late 2000s was the fact that web users had the bandwidth to watch longer, more intricate home-made videos. There simply wasn’t quite as much content to absorb, and a five-minute supercut—like Juzwiak’s collection of horror-movie characters being stranded without cell-phone service—could earn hundreds of thousands of views. “The climate was different, and the technology was different,” says writer-producer Debbie Saslaw, who worked on supercuts for the humor site Slacktory. “Facebook wasn’t pumping out videos, and YouTube wasn’t a content repository. You could just push things out on Tumblr.”

Partly as a result, Saslaw notes, “Supercuts got tons of press.” Big supercuts like the now-taken-down “Mad Smoke: Every Cigarette Smoked in Mad Men” got written up in multiple outlets. The supercuts that got passed around tended to zoom in on (and enhance) a specific phrase or behavior that viewers had long observed, but never quite articulated: Gee, Julianne Moore really does cry a lot! And Sean Bean really does die a lot!

For many creators, though, the joy in making a supercut wasn’t simply piling on as many or one-liners or moments as possible; it was trying to unite them all, visually and thematically. “They give you an opportunity to structure something in an interesting way, and to find little connections between things, other than the obvious ones,” says Robson, whose “Let’s Enhance” video pulls off a canny trick: Though it’s sourced from several prime-time detective shows and films, it ultimately feels as if every character is in the same room, staring at the same screen. Even if you haven’t watched CSI or Alias, you know the trope being mocked.

And if you are a fan, “Let’s Enhance” is a gentle reminder of these shows’ ridiculousness. A good supercut can be a critique, but it’s usually an unscathing one—another reason why they were so beloved for so long. “It’s way to comment on something, but not have your point of video be so didactic that you’re shoving it down people’s throats,” says Juzwiak. “And as somebody who writes criticism, I know it’s hard to reach people like that—or to make them even care.”

Within a few years of their ascent, supercuts became so well-established that the bigger media companies that had once frowned on them—even having some taken down for copyright violations—were now commissioning their own. Showtime hired Saslaw away from Slacktory, where she was reponsible for supercuts like a compilation of Claire Danes’ “Cry Face” or rounding up “Law & Order’s Fakest Websites”, to make network-sanctioned supercuts like cast members of The Real L Word saying “drama”. (That clip was inspired in part by “I’m Not Here to Make Friends”: “It was one of the first supercuts I’d seen,” Saslaw says. “Rich is one of my heroes.”)

By then, making supercuts had become far less labor-intensive, as supercutters no longer had to yank illegally duped clips from sites like Megaupload or the Pirate Bay. Everything was pretty much online, whether streaming or via direct download. Nowadays, says Saslaw, “they’re really easy to do. All you have to do is search a script database to find people saying a term, download the movies, rip and extract that clip, and put ’em all together.”

But the ease of making supercuts also led to a glut of clips that were far less effective than the ones that had initially criss-crossed the web in 2008. They’d begun to grow at once more completist and less focused, collecting scenes that may have shared some connection, but didn’t make a real point: As much work as it takes to put together something like “50 Heartbreaking Movie Moments,” it feels more like an all-inclusive montage than a specific supercut. The very term had become a trope. “I’ve seen ‘supercut’ used to describe videos that are just things edited together,” says Robson.

Yet perhaps the simplest reason why supercuts have become more rare is because, after 10 years, nearly every well-tested cliche and catchphrase has already been documented: If you’re watching an old movie and suddenly see something deserving of a supercut, it’s likely already been done.

And even when someone does put together an ingenious, hyper-focused video worthy of being called a supercut—like this year’s “Every Time Denzel Washington Has Ever Clapped”—the web is much more crowded than it was ten years ago. “Anything longform is probably going to be received with crickets today,” says Juzwiak. “You’re a lot better off posting that video of a dog cha-cha dancing on Twitter for 10 seconds than spending months research and editing an essay that’s commenting on popular culture.”

Still, the original supercutters occasionally return to the medium from time to time. Earlier this month, Juzwiak released a new supercut, drawn from TLC’s reality show Dr. Pimple Popper, in which the show’s host repeatedly compares patients’ discharge to food. Robson, meanwhile, is planning a Kickstarter for his next editing project, a massive video-game compilation that would essentially be a steroidal supercut, one inspired by Christian Marclay’s 24-hour film-montage The Clock.

And the form itself may be finding its way to a new generation. Saslaw notes that, in recent years, she’s seen a burst of quick, fan-created mini-montages—first on Vine, and then later Instagram. “It’s not quite cultural criticism,” she says, “but they’re so elaborate, because they’re all done on phones. They’re not super-elevated the way our supercuts were, but there is a supercutty component of it: It’s the same formula, and with the same appreciation, but with all of these crazy effects.”

There’s always a chance, of course, that the style of supercuts that took off a decade ago could return. “I have a huge archive of campy reality TV from 2005 to 2013,” says Juzwiak. And if the result steps on some toes? Well, you know why he’s here. 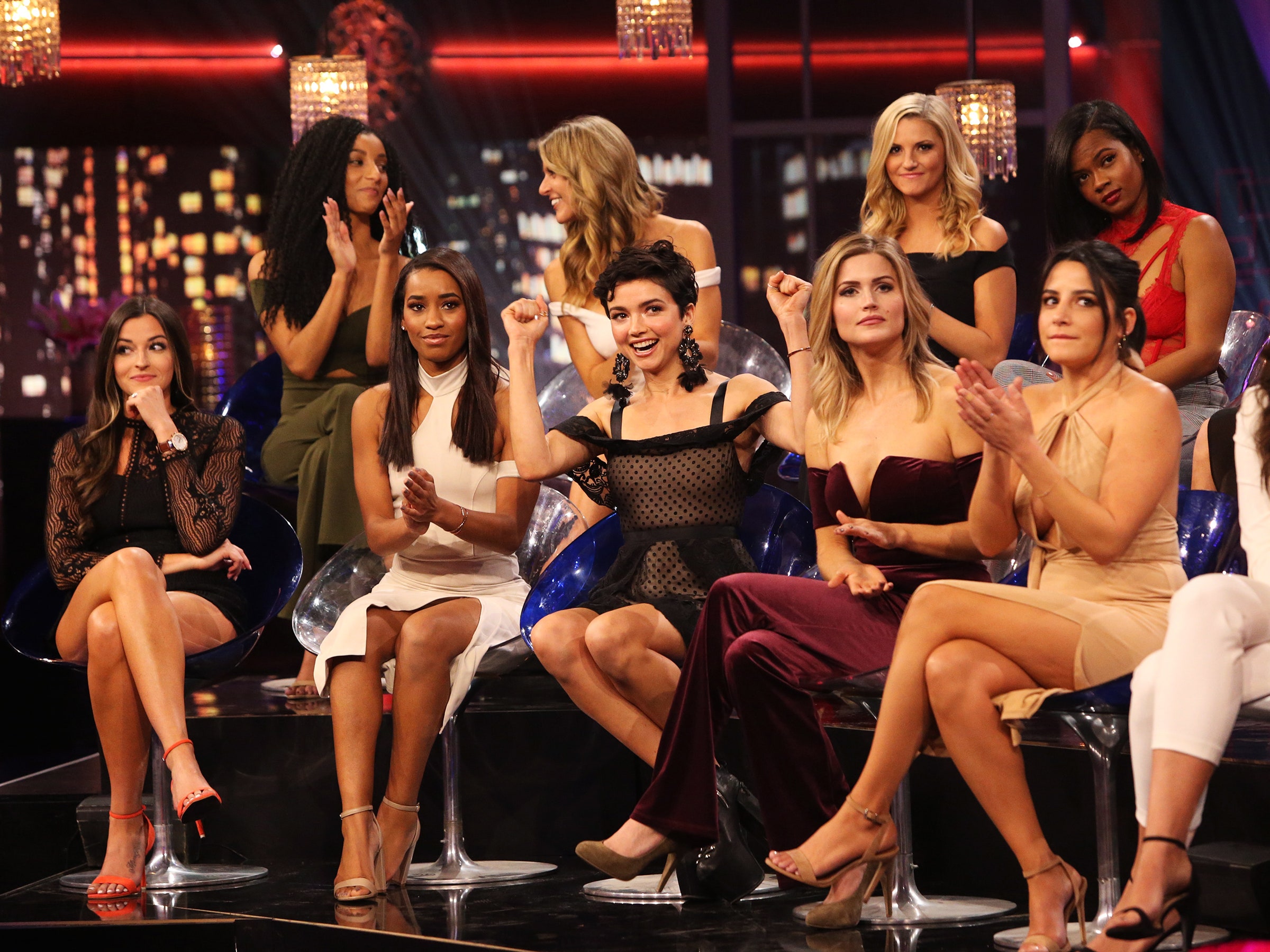