Forget Cute Apps—Here’s How Our Couples Keep It Together

Mixing technology and romance can create a dangerous cocktail. Few people know that better than we do here at WIRED. Not only do we report on the chaos, but as a tech-curious bunch, we’ve had more than our fair share of mishaps and dud apps deleted after just a few days. (Ever wondered what it’s like being on dating apps in San Francisco? “People think it’s interesting that I work for WIRED,” says editorial assistant Lydia Horne. “But sometimes they just want to pitch me their startup’s latest products.”) Still, we’ve persevered. And some of us have found ways to weave technology into our romantic lives in genuinely useful ways.

The key is to mostly steer clear of apps directly marketed at couples. No one really needs a new messaging service—or calendar, or photo album, or shared list generator—preloaded with extra-cutesy emojis.

As a throng of proud, self-described nerds, we’ve discovered that many of the most practical apps and devices for streamlining relationship matters are the same ones you use in your social life, and even at your office. Here are some of the unlikely relationship heroes WIRED staffers swear by.

The Business (Apps) of Love

Kimberly Chua, Senior Digital Producer: “I’ve been a bridesmaid in three weddings, and any method of communication was always woefully inadequate. To plan my own wedding, I’ve been using Slack for messaging and the spreadsheet app Airtable. Slack lets me organize conversations with my bridesmaids by topic: Here’s where we talk logistics, here’s where we talk about dresses—I even gave them a private channel where they can talk about me. Airtable lets you sort tasks into separate views so my fiancé and I could easily divide the work. It felt silly at first to use the tools I was using at work, but it became very obvious we needed a way to create as little stress as possible, and that this was it.”

Emily Dreyfuss, Senior Writer:”We used an Excel spreadsheet to name our son. We had 72 name choices and we couldn’t agree, so we put them all into a spreadsheet. My husband wrote an algorithm to let us do blind voting and narrow it down by half. The algorithm let us rank each name and got rid of the bottom ones, and it let us save one so that the other person couldn’t vote it out. It was all very complicated! When we were left with four names, we left technology behind, headed to the hospital with all four choices, and picked based on the baby’s face.”

Joanna Pearlstein, Deputy Editor, Newsroom Standards:”I married a fellow geek, and as is evident to anyone who knows me, I love spreadsheets. For our wedding, we used Google Sheets to track costs, guests, seating arrangements, the dates on which thank-you notes were written and sent. Using Google allows me to make sure the spreadsheet is available on every computer, which is important.”

Saraswati Rathod, Researcher: ”I moved to San Francisco after the last lesbian bar closed down, so I didn’t really get to participate in that community until I found Meetup. On Meetup anyone with an interest can easily get a group of queer women together and basically take over a bar for the night. To me, these Meetup groups have become a staple of San Francisco’s queer community and it’s how I met the woman I’m currently dating—so it really is kind of like a digital-age bar that way.”

Chua:”My fiancé does all the shopping because he does all the cooking, but we needed a place where we could easily keep one shopping list. The Google Home app makes it really easy, even though he’s on Android and I’m on iOS. It’s perfect: The second one of us opens the fridge and realizes we’re out of milk, they can just shout “Hey Google, add milk to the shopping list.” I can even add last-minute things while he’s shopping. We never forget anything anymore.”

Emma Grey Ellis: “So this is a good example of a tech application that would be stalky in a casual relationship, but is supremely useful in a marriage. Neither my partner nor I are particularly good at keeping an eye on our texts while we’re moving about the city. To make things worse, neither of us has any chill. So to avoid hassling each other while we’re driving and sending texts, like “Where are you? Did you die?” (or less dramatically, “Are you still at the store?”) we constantly share our locations through Google Maps.”

Anonymous: “There is an app called Private Photo Vault for those things you don’t want uploading to the cloud. It’s password-protected, and more importantly, as soon as you upload an image to the vault, it disappears from your Photos app. That way you don’t have to worry about anyone running into something racy (or just weird) if they scroll too far.”

Rebecca Heilweil, Reporting Fellow: “I’m in an old relationship that’s new to long distance. Besides always existing in each other’s lives through text messages, we’ve been prescheduling surprise meals for each other with Caviar. The trick is to put the other person’s phone number in the delivery contact information, and to not ask what they want first.”

Alex Baker-Whitcomb, Manager of Audience Development:”When we were at distance and feeling terrible that we couldn’t celebrate together, we’d send each other bottles of alcohol with Saucey. It was the perfect way to say “Sorry I can’t be there with you, but here’s some champs.”

Peter Rubin, Platforms Editor: “Beyond the obvious three words—Kindle Shared Library—my wife and I carved out a little piece of the cloud for ourselves. We got a home server, and set up various devices to auto-backup. Now, if our phones or Dropboxes fill up with photos or other docs, we just keep the essentials and nuke the rest, knowing they’re nestled in the sweet embrace of our NAS.”

Read more How We Love: 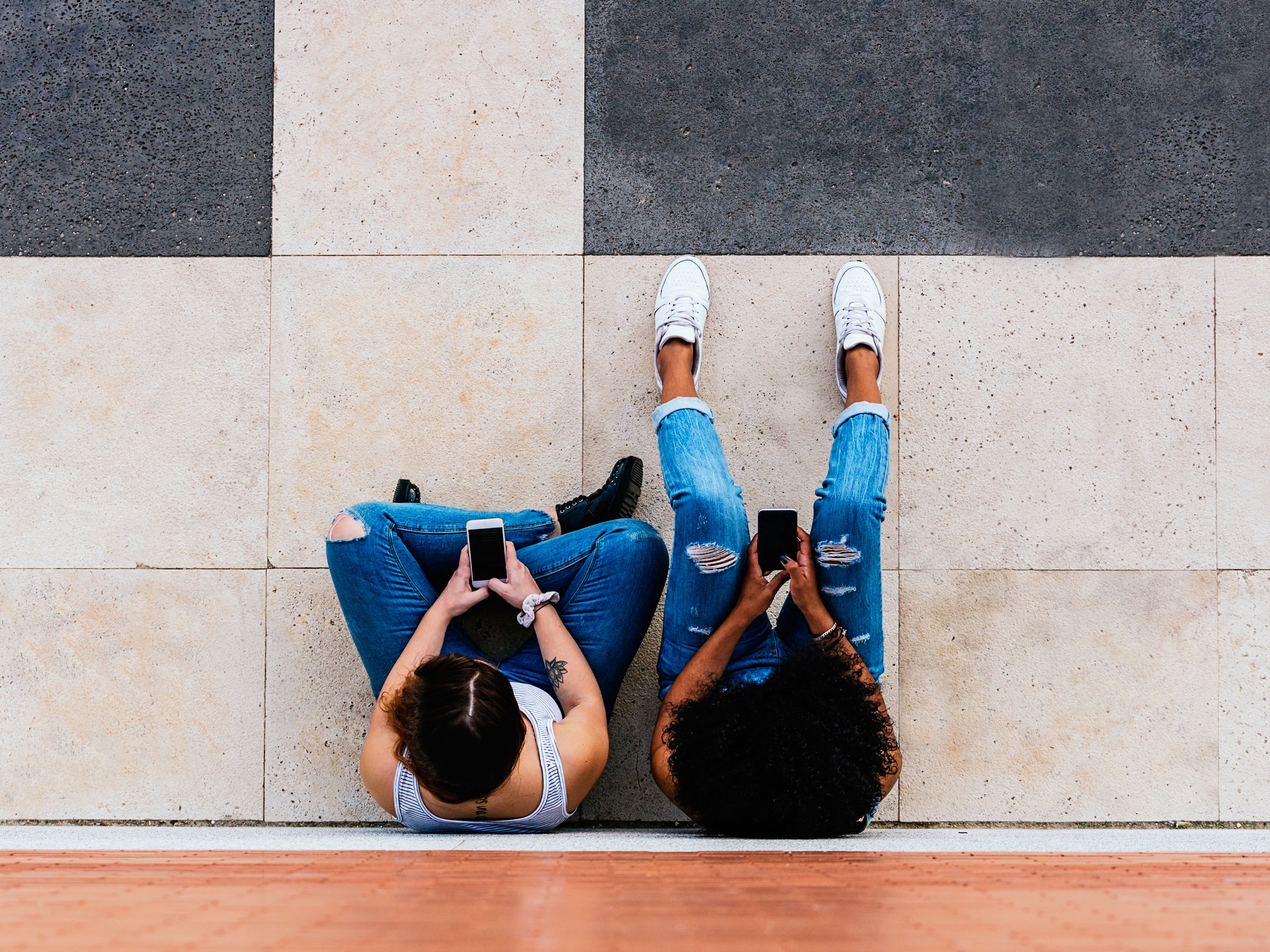