The shop has no sign. Or rather, the sign is obscured by some kind of bunting. The glass doors are papered over. You gotta know what’s back there, like a speakeasy.

Venturing to open the door, I find I still can’t get inside. Between me and a cramped 180 square feet or so of convenience store-like shelves—yogurts, bags of exotically-flavored freeze-dried peas, refrigerators full of juice, and pre-packaged sandwiches—is a turnstile. It is a shop. I will shop. There’s a reader on the right. There’s an app.

Get the app and give it a credit card—just like Uber and Amazon trained us—and the app will spit back a QR code. Krishna Motukuri, the guy running the show, calls that code up on his phone and flips it over for the scanner; the turnstile’s waist-high doors fold back. I saunter through. I’m in! I am shopping. I am free to pick whatever I want off the shelves. When I’m done, I get scanned back out. I have shopped.

Depending on how you count such things, the Zippin store and an Amazon store in Seattle are the only cashier-free stores in America.

But it’s, like, future shopping. Because: No cashiers. No checkout lines. My purchase—well, Motukuri’s, really—is a matter between me, my credit card company, and the store’s tech. It’s running off a system called Zippin, made by a company of the same name. The experience has been available to friends and other folks in the same building where this pop-up is housed, but it’s now debuting a bit more widely. Depending on how you count such things, the Zippin store and an Amazon store in Seattle are the only cashier-free stores in America.

The Zippin store is set-up in a sort of lobby; up a short flight of steps, the space extends backward another 50 feet or so, and the company has set up second-hand conference tables, chairs, laptops. Shelves and drawers along one wall are artifacts of the room’s previous life as a hair salon. If all goes as planned, the store will eventually expand back here, too. But that’s not the point. “This is just purely to prove the concept,” Motukuri says. “This technology can be applied in any retail store.”

Zippin, he says, is “a software play.” Software-as-a-service. All the hardware is commodity—the turnstile, the weight sensors in the shelves, the cameras in the ceiling that link your image to your unique QR code. It’s up to the computers to match all that together and charge your card when you leave. (The computer puts a green square around your image from above; there’s nothing biometric about it, unless someone figures out how to characterize individual differences in male pattern baldness.)

But…Amazon, though? That company’s sans-checkout store in Seattle is the 500-pound gorilla riding the elephant in the room, isn’t it?

Well, Amazon gonna Amazon. “For the vast amount of retailers, it’s not available,” Motukuri says. “We expect everyone will want to customize it.” He sees a checkout-free future for gas station stores, convenience stores, airports, hotel lobbies. Right now, Zippin can’t do clothing—too floppy, the cameras and shelves can’t figure it out—but packaged and solid stuff works. “The potential is infinite,” Motukuri says. “We’re hoping our customers can educate us.”

Indeed they might. Checkout is what business folks call a “pain point” for retail. It’s inconvenient, it’s a time delay, and the possibility exists that you may have to interact civilly with another human being. Oy! Barcodes have dominated this world since the 1980s; In the last couple years, RFID has become a player. Attempts at innovation have come at a drip-drip-drip—self-checkout (ugh), scanning items with your phone (come on), buying stuff at an Apple Store with the Apple Store app (wait, you can do that?). Then, in late 2016, Amazon “dropped a nice little bomb on the industry,” says Jason Goldberg, senior vice president of commerce at Publicis.Sapient.

Amazon has been cagey about the details of its cashier-less technology, and a representative of the company declined to answer questions. But it does seem like the system needed a whole new store design. It’s camera-based, and it associates a picture of a user with an app. The camera can tell what objects are even if they’re partially obscured, but still seems to require that nothing can obstruct the machines’ overall vision. That likely means brighter lights, no shopping carts, no blind spots, and no “gondolas,” the shelves that make up the aisles in supermarkets. “They’re building new stores as opposed to trying to retrofit this into an existing store. And Amazon is one of the few retailers in the world that has good app penetration,” Goldberg says. “For most retailers, getting someone to install an app is a huge deal—arguably more painful that getting them to check out.”

Still, the basic technology is probably not going away. Microsoft, Walmart, and Toshiba have announced their own versions. A report from Juniper Research says technology-enabled checkouts account for just about $9 billion a year in the US today, but they’re headed toward $78 billion by 2022. Meanwhile, in China a dozen companies are building cashier-free convenience-type stores from scratch, and everyone already uses a phone-based digital wallet—they made $9 trillion worth of mobile payments there in 2016.

Even if the use case in the US turns out to be airports, hotels, and Kwik-E-Marts, there’s more going on here than checkout. “A huge problem in retail is inventory. In the best case, a store that perfectly knows its inventory knows it because it paid a lot of humans to walk around and cycle-count,” Goldberg says. That’s a sort of core sampling technique that infers what’s on the shelves. “Most stores do that and still get inventory horribly wrong.” That means higher logistics costs and time lost in restocking. But smart shelves and cameras on every SKU mean real-time, perfect inventory.

Motukuri says his team has already seen that advantage at the Zippin store. “It’s much more cost-effective to stock fresh items,” he says. “We get more real-time information on how fast they go out.” That means the restocker’s phone can tell him exactly when it’s time to come back, and exactly how many sandwiches and salads he needs.

This is San Francisco in 2018. It’s always about data. Consider what Amazon already knows about your purchasing habits. Now imagine them knowing how long you spend in front of the peanut butter shelf, when you put back the Grape Nuts and take down the Chocolate Frosted Sugar Bombs, and your actual rate of Coke Zero Cherry consumption. You’ll give it all to them for a Prime discount.

Well, a discount and the ability to walk out of the store without having to say “thank you” to a human. “Everyone who has interacted with it says, ‘This is the future,'” Mokuturi says. The Zippin store opens wide in September. It’s coming; you can see the signs. 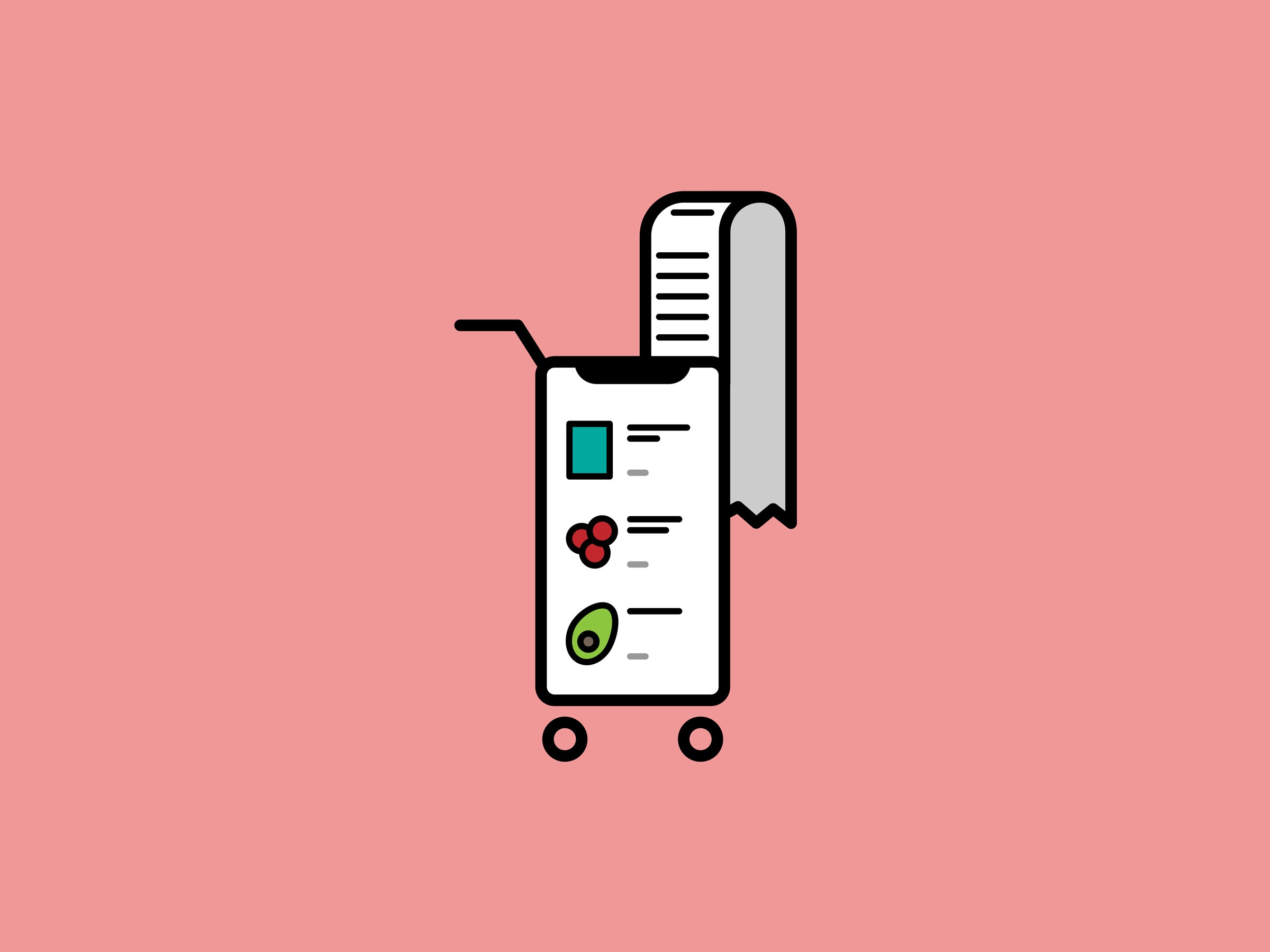