Bad news for those hoping to see President Trump’s planned military parade this November: It’s postponed, perhaps because it was apparently going to cost more than $80 million more than originally estimated. And that was just one of a couple setbacks last week for Trump, who also got dinged by a federal judge who ruled the administration screwed up the wording on its controversial NDA forms. (The president also picked a fight with veterans over what happened in Apocalypse Now.) Also, the defense rested in the trial of former Trump campaign chair Paul Manafort last week without calling any witnesses, so the jury is expected to return a verdict very soon in that case. There’s no telling how the outcome will affect the president until the verdict is out, but surely the waiting isn’t fun for him. Perhaps he could find some solace in the FDA’s approval of a cheaper, generic EpiPen or the release of a new Ariana Grande album? We’ll have to wait to see what this upcoming week has in store. In the meantime, there’s all of this.

Let’s Go to the Tape

What Happened: Forget receipts. Omarosa apparently has tapes of her time in the White House. Yes,”tapes.” Plural.

What Really Happened: Omarosa Manigault Newman continued the promo tour for her new book, Unhinged, last week with a strategy that is, shall we say, somewhat unique. It all started when, on last weekend’s Meet the Press, she shared something genuinely unexpected.

Why, yes, this was immediately agreed to be a really big deal, and not just because it was potentially illegal. Some people had concerns about the recording actually coming from the Situation Room, and what implications that had.

Considering that this came in connection with her assertion that President Trump is “mentally declined,” this all went down really well with Omarosa’s former boss, as you might expect.

That sure sounds like he was glad to see the back of her, right? Oh, but wait: There were more tapes to come.

Still, at least there were no more tapes, right? Like, say, recordings revealing whether or not the president has ever used the “N-word,” as it’s so euphemistically called. That would be really bad.

We’ll come back to this in a second, but could there be even more tapes? Apparently so.

Late in the week, reports claimed that Omarosa could have as many as 200 tapes waiting to be released. No wonder, then, that Trump is seeking legal actions to stop that from happening.

The Takeaway: There’s something so wonderfully trashy, yet compelling, about seeing a reality star take on Trump in this way, isn’t there? (At some point, Omarosa and attorney Michael Avenatti will cross paths, and reality might implode.)

Now, About What’s On Those Tapes…

What Happened: Folks spent a lot of time last week talking about the fact that Omarosa might have tapes of Trump. They spent just as much time talking about what might be on them.

What Really Happened: But let’s go back to Trump’s racism, and the discussion thereof. As if calling Omarosa a dog wasn’t enough of a reminder that President Trump is clearly racist, the discussion in Omarosa’s book about Trump’s alleged use of the N-word has brought the subject to the fore yet again.

This isn’t a new allegation. Former Celebrity Apprentice contestant Tom Arnold has been talking about it since 2016, and the rumor existed even before then. Penn Jillette has said the same thing, and then there’s Omarosa’s recording of Trump insiders apparently confirming that they’ve heard a tape of him saying it, too. At this point, Occam’s razor would indicate the tapes exist. So now might be a good time for the president to address things, right?

Well, that’s a response. As others have pointed out, when you need someone to call you and tell you that there are no tapes of you saying something, that means you’ve definitely said it more than once. But how do you think the White House press secretary Sarah Huckabee Sanders chose to spin this? Everyone saying, “really badly,” you win a prize.

Yes, it’s come to this: The White House press secretary has to admit that she can’t say for sure that there’s no tape of the president using a racist slur. And then there’s what she added to that weak rebuttal…

That’s … certainly a look. Still, at least Sanders had a good way to prove that the president wasn’t racist: facts and figures! There was just one problem with that.

To be fair to Sarah Huckabee Sanders: It is actually a big deal when this administration apologizes for anything. So there’s that.

The Takeaway: Let’s give this one over to David Axelrod.

What Happened: As the White House removes the security clearance of one of its critics, politicians and the intelligence community respond in the manner you’d likely expect.

What Really Happened: Some of you may or may not remember that, last month, there were stories in the press about the president considering stripping security clearance for former intelligent officials who had been critical of him. Some said it made no sense, others—including House Speaker Paul Ryan—poo-pooed the idea; Ryan, famously, said Trump was just trolling people with the idea. Funny story: He meant it after all.

Yes, former CIA Director John Brennan was stripped of his clearance last week, with the clearances of others apparently also under review. There were, initially, theories as to why this happened when it happened.

As it turned out, maybe none of these ideas were necessarily true.

The plot only thickened from there, as the White House apparently recognized its error.

But let’s not get distracted by when it happened, and go back to the fact that it happened in the first place. As is only customary, the president gave an interview to the Wall Street Journal where he explicitly linked Brennan’s clearance being revoked with the Russia investigation, saying, “I call it the rigged witch hunt, [it] is a sham… And these people led it! So I think something had to be done.” Of course, people noticed these comments, perhaps because Trump can’t stop giving away that he’s obstructing justice publicly no matter what.

As would be expected, the administration’s actions were widely condemned by politicians and intelligence officials, but perhaps no condemnation was more damning than that of retired Navy admiral and commander of US Joint Special Operations Command, William H. McRaven, who wrote in the Washington Post, “I would consider it an honor if you would revoke my security clearance as well, so I can add my name to the list of men and women who have spoken up against your presidency,” adding, “Through your actions, you have embarrassed us in the eyes of our children, humiliated us on the world stage and, worst of all, divided us as a nation.”

The Takeaway: This is, as one might expect, already being portrayed by some as President Trump taking on the Deep State. For everyone else, it’s a particularly chilling moment in a series of chilling moments. The most obvious questions might be, what (and who) is next, and why are certain people sticking around in the administration at this point?

What Happened: Aretha Franklin, the Queen of Soul—and the woman in possession of one of the finest voices ever committed to vinyl—passed away last week. Amid a flurry of tributes, there was also one confusing comment and one utterly embarrassing mix-up.

What Really Happened: After days of reports of failing health, Thursday brought the tragic news that Aretha Franklin had passed away.

The internet was, deservedly, filled with stories about her legacy, both inside popular music and outside it—she played an important role in the civil rights movement, and inspired and gave voice to women across the world. As is sadly customary in times like this, Twitter was overtaken with those paying tribute to her talent.

And then, there were President Trump’s comments…

As much as the comments drew a lot of analysis and attention—amusingly, Franklin was reportedly not a fan of the president’s—it could’ve been worse. A fact ably demonstrated by Fox News, of all places.

See? At least the president didn’t do that. But, amazingly, Fox really did and many people noticed, because of course they did.

The Takeaway: As great as the NYT and LA Times entertainment section covers were on Friday—

—the Detroit Free Press front page has them beat, appropriately.

What Happened: From the death of a soul giant to the reported death of something you put on a sandwich. Is mayonnaise really doing that poorly?

What Really Happened: When will the murder spree by millennials end? Not content with killing department stores, vacations, marriage, and the European Union—not to mention all manner of other things—now they’re turning their attention to … condiments, apparently.

Yes, millennials have apparently killed mayonnaise, although it should be noted that the writer of this piece had previously claimed that millennials had also ruined the workforce and people are still working as far as we know. Nonetheless, if the death of mayo was something to be mourned, it seemed that not everyone got the memo.

Some people just wanted to point out the failures of logic in the central argument, understandably.

As the backlash got underway—along with the over-analysis—at least one person was just ready to enjoy the dramatic potential of any mayo murder.

Still, at least there was some upside to the whole thing: The success of the original piece, even if written just to provoke a backlash and uproar, means we can perhaps expect more such stories in the near future.

Finally, we have our new Condiment King!

The Takeaway: Yes, this is ridiculous. But let’s just take one second to think about what might be the most ridiculous part of the whole thing: 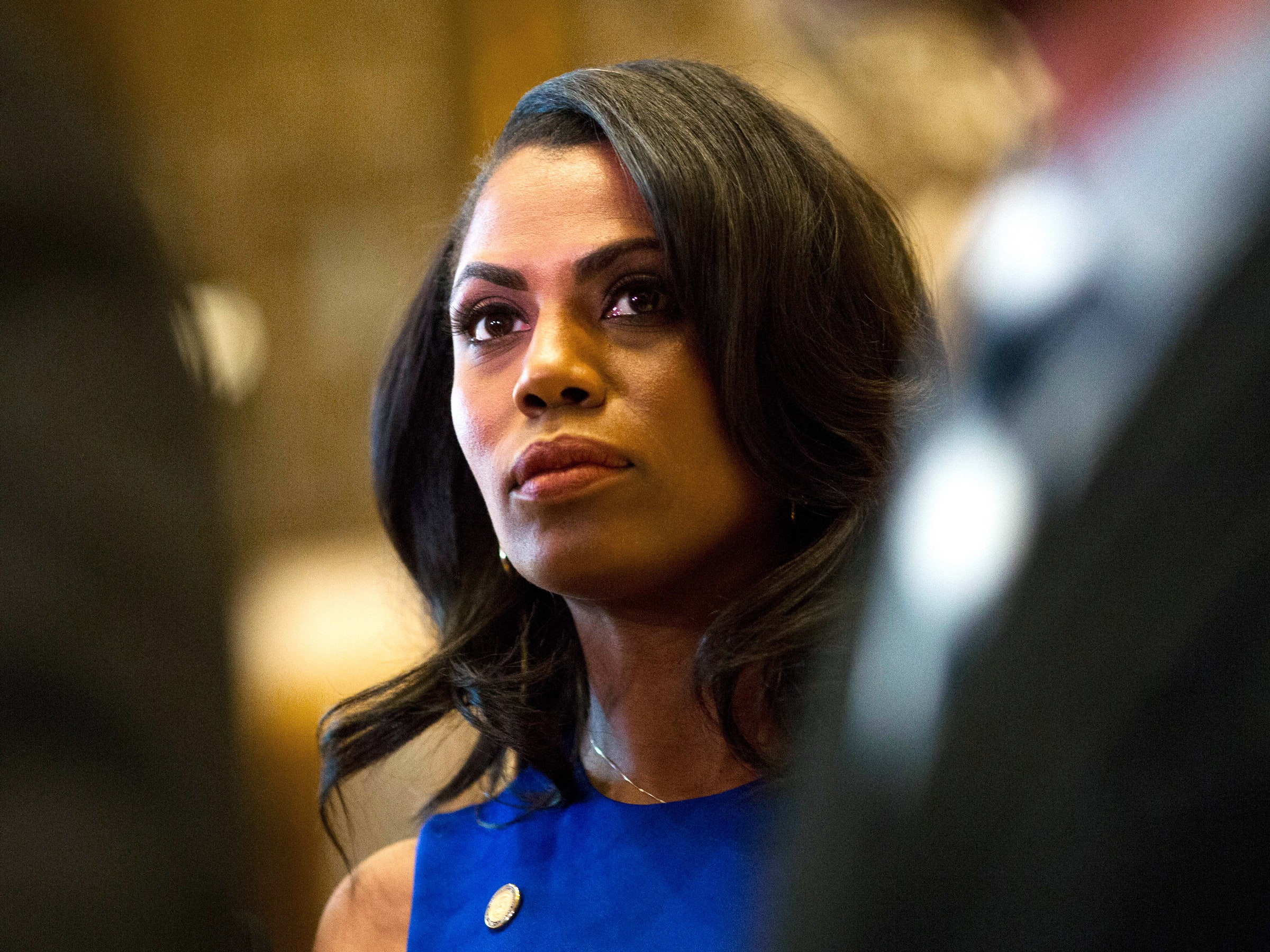