Your Tweets Can Help Map the Spread of Wildfire Smoke

This story originally appeared on High Country News and is part of the Climate Desk collaboration.

At the end of July, Twitter user Alicia Santana posted a photo of a man sitting in a plastic folding chair in his yard. He’s looking away from the camera, towards a monstrous, orange cloud of smoke filling the sky beyond a wire fence. “My dad not wanting to leave his home,” Santana wrote, ending it with #MendocinoComplexFire.

As wildfires spark, parts of the internet glow with them. The #CarrFire, #FergusonFire, #RanchFire and other hashtags spread quickly this summer on Twitter. If past seasons are any indication, there will be thousands more tweets like this, and they will continue as smoke—the insidious second wave of wildfires—spreads across the West. They can also be used for data. In a recently published study, US Forest Service researchers Sonya Sachdeva and Sarah McCaffrey found that, when analyzed in large numbers, tweets about wildfires can accurately model the way smoke moves.

In their study, published by the International Conference on Social Media & Society, Sachdeva and McCaffrey analyzed close to 39,000 tweets posted between May and September 2015 in California. They stripped the tweets to reveal their core subjects: smoke in the air, fallen ash, haziness, smell. By tagging the tweets with the location in which they were posted, the researchers created a verbatim map: a landscape of fire based on the people who experienced it. Their modeling proved accurate when compared to figures from air quality monitors.

Their results show that what we write online could fill the gaps that traditional data collection leave behind. While still nascent, using social media to study environmental events is a growing field. Images from Flickr can help researchers understand tourism rates in natural areas, and social media often acts as a crucial tool in disaster relief.

“Social media is everywhere people are,” Sachdeva said. “Physical monitors of any kind, by virtue of them being physical, can’t do that.”

If someone #cantbreathe due to smoke, they’re inhaling small particles known as as PM2.5, which measure under five percent the width of human hair. The particles can lodge into the lung tissue and bloodstream and cause health issues, particularly for people with respiratory issues, pregnant women, and children. In extreme conditions, though, the long-term effects can impact others. During the summer of 2017, Montana saw smoke conditions so dense that they maxed out air quality monitoring capacity.

Dan Inouye manages the Washoe County air quality management district in Nevada, home to Reno, which has seven air quality monitors. Smoke is rolling downwind from California and into the county. Inouye’s eyes have been watering for weeks, and the air quality index has registered unhealthy pollution levels. “As long as the fires are active, there’s always that chance that smoke’s going to come our way,” he said.

Near cities like Reno, air pollution monitoring stations are plentiful. But they’re absent in many rural areas like central Nevada, leaving small communities with less information about the air they breathe. Using alternative modeling techniques, such as Twitter, could help round out those blank spots.

How tweeters’ location affected people’s experience of wildfires also factored into Sachdeva and McCaffrey’s research. By analyzing the topics people tweeted about, they could dig into what people cared about based on distance from the flames.

The farther away the tweet from the fire, the more people were interested in concrete information: how the blaze started, say, or what NASA images indicated. The closer the tweets got to the blazes, the more people asked for and offered help. Rather than fleeing, McCaffrey learned, victims often stay put—“people are actually going into the fire.”

McCaffrey, who has studied responses to wildfires for 25 years, sees them as a high-stakes—and revealing—event in the human-nature relationship. “There’s that narrative that the people in the immediate path are going to freak out,” McCaffrey said, “but the tweets are a clear demonstration that what people are really thinking about is what we should do and how people want to help each other.” 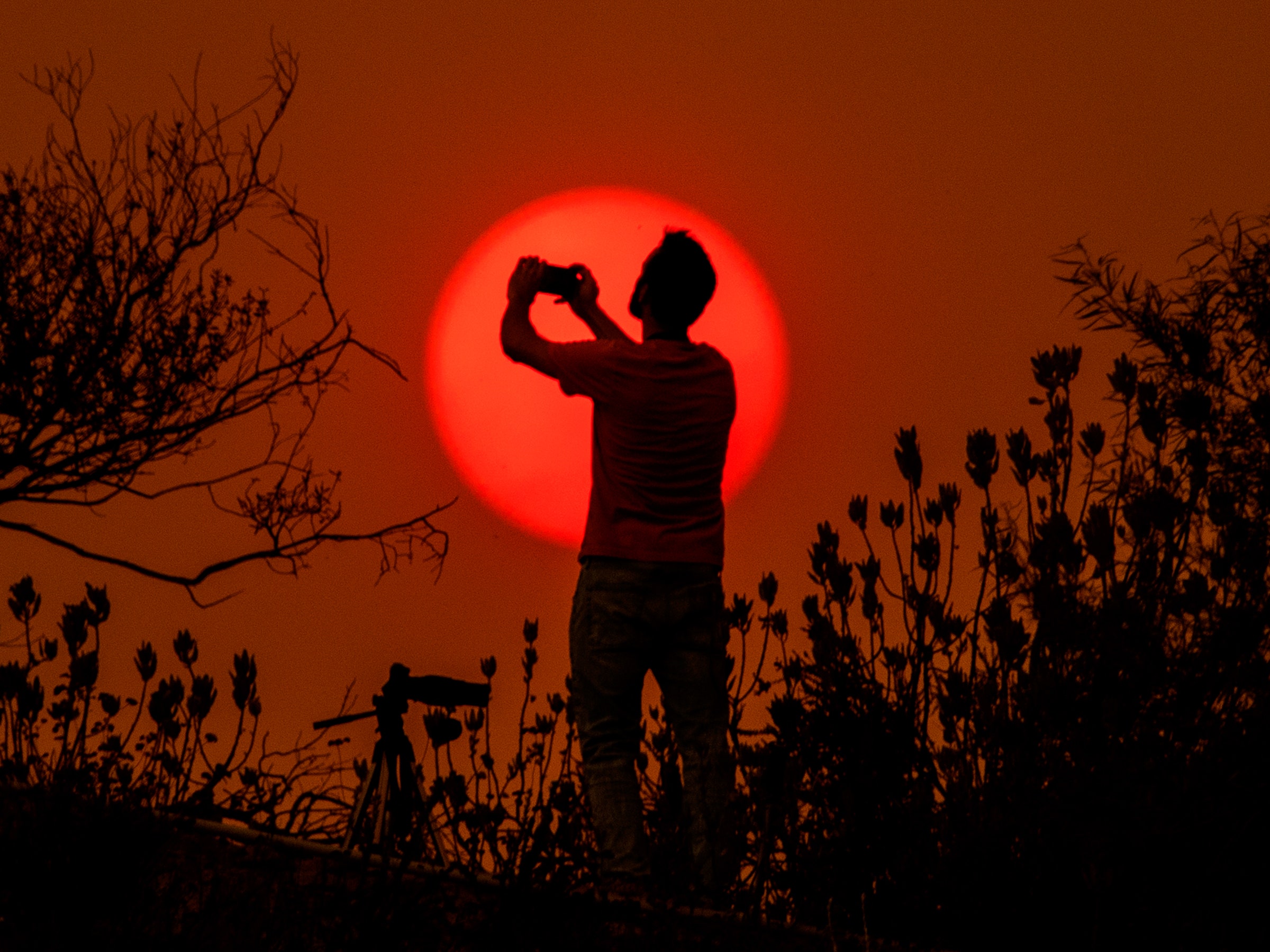