American medicine has known for a while that it has an antibiotics-prescribing problem. It’s routine for the precious drugs to be given in the wrong doses, for the wrong period of time, and for the wrong conditions. All of that adds up to burgeoning antibiotic resistance, which kills 23,000 Americans each year and sends another 2 million to a doctor’s office or a hospital, and costs the United States an estimated $2 billion on each year’s health care bills.

A new analysis of more than 150 million outpatient visits made just in 2014 appears to have pinpointed the problem. Antibiotics are prescribed most freely in places where health care personnel are least likely to have an ongoing relationship with their patients, in urgent care centers, emergency departments, and the kind of clinics you find in big-box stores and drug stores. That’s worrisome, because those sectors of the health care system are growing the fastest—and, because patients have so many options to choose from, are also the most vulnerable to consumer pressure.

But one reason urgent care is a fast-growing industry is that it hasn’t been around very long; the oldest walk-in care centers were founded just in the 1970s, and there are more than 10,000 now. That newness might gift it with more nimbleness than hospital or medical offices possess. One sign of change: Last month, leaders of the urgent care industry met in an unpublicized summit meeting at the Centers for Disease Control and Prevention, where they talked through strategies to help their physicians prescribe more conservatively.

That would require a pivot away from urgent care’s core mission of giving patients what they want when they want it. The urgent care industry may not be able to reduce consumer demand for antibiotics, the thinking goes. But perhaps they can throttle supply.

The term “urgent care” is an umbrella for a variety of clinic types, according to Laurel Stoimenoff, CEO of the Urgent Care Association, the industry’s trade group. There are large chains that are owned by hospital systems or by private investors, groups of clinics owned by physicians, and stand-alones that might be general purpose or provide only specialty care such as after-hours pediatric help. “We treat those without a medical home, we treat people who can’t get into see their own provider, and we treat those who are geographically displaced from their provider,” she said.

Antibiotics are prescribed most freely in places where health care personnel are least likely to have an ongoing relationship with their patients, in urgent care centers, emergency departments, and the kind of clinics you find in big-box stores.

“We hear, a lot, that what these clinics offer to patients is convenience, and so the relationship to patients is more like they are customers,” says Cindy Liu, the chief medical officer of the Antibiotic Resistance Action Center at George Washington University, which brokered the summit meeting at the CDC. “Patient satisfaction is a really important part of their performance.”

And there’s the crux of the problem. Over and over again researchers have observed that patients think of a prescription as the successful end to any medical encounter. (Some research attests that physicians overestimate the amount of patient demand, and cave too fast). If patients come to clinics thinking they are there to obtain antibiotics, and clinics’ continued business depends on doing what patients want, there doesn’t seem much leverage for change.

The new analysis of problematic prescribing comes from the CDC and researchers at the Pew Charitable Trusts, a nonprofit that has been working for a while on the puzzle of how to reduce antibiotic demand. It found that urgent care center visits were more likely to end with an antibiotic prescription than any other kind of walk-in care: in 39 percent of visits, compared to 36 percent of visits to drugstore retail clinics, almost 14 percent of emergency department visits, and 7 percent of visits to doctors’ offices.

There’s an assumption by the patient that the clinic visit is a product they are purchasing, often at a higher co-pay than a doctor’s office would charge.

Those results could be skewed by people going to different types of walk-in care for different reasons, so the researchers looked just for visits in which antibiotics should never have been prescribed. In urgent care centers, 45 percent of those visits ended with a prescription, compared to 24 percent in emergency departments, 17 percent in medical offices, and 14 percent in drugstore clinics.

“This is one of our first glimpses of prescribing in these settings,” says Lauri Hicks, an osteopathic physician who directs the CDC’s office of antibiotic stewardship and was an author on the analysis. Previously, she said, the agency has gotten access to payment-claims data for hospitals and doctors’ practices, but not for walk-in care. “I was surprised by the amount of the difference; the range was pretty striking between the high and low ends.”

What makes this harder is that most urgent care centers, even ones affiliated with hospital systems, lack the kind of in-house information and policing, broadly known as antibiotic stewardship, that could help them push back against patient demand. Hospitals have clinical microbiology labs that test patient samples for resistance, and publish reports on which drugs shouldn’t be prescribed unless the need is critical. They also have staff physicians or pharmacists who sign off on orders for the most important antibiotics, or challenge doctors if they make a request that doesn’t look like the smartest choice.

Urgent care centers have none of those resources. What they do have is tech-aided workflows that allow them to get patients registered, assessed, and treated quickly enough to make the visit financially worthwhile for both sides. Those systems gather a ton of data—about how the patients experience the clinic, but also about how the physicians treat them. At the CDC summit, urgent care industry members suggested that data might build a substitute for the more elaborate systems hospitals have, and provide a path out of antibiotic misuse.

There’s no published transcript of the CDC meeting, but some of the attendees discussed with me what they talked about, have already done, and are laying plans to do. The urgent care organization GoHealth, which operates in five states and attended the CDC meeting, already has incorporated an automated chart review, which examines doctors’ notes of patient visits, into its proprietary records system, and backs that up with an additional human review of five patient charts from every physician every month.

Urgent care centers have none of those resources. What they do have is tech-aided workflows.

Jonathan Zipkin, a physician who is Northwell Health-GoHealth’s associate medical officer, told me the goal is to assess not just whether or not antibiotics were prescribed but also whether physicians found ways to talk about patients’ concerns and make them feel heard.

Eric McDonald, CEO of the electronic records company DocuTAP, told me that he outlined a plan at the summit to add two functions to the software suite they sell to about 3,000 urgent care centers. One is a decision-support tool that would challenge physicians to justify their antibiotic choices, and log the answers. The other is a periodic assessment that would score doctors’ prescribing patterns against other physicians in the same organization, and against national guidelines by the CDC and other organizations for what appropriate prescribing looks like.

“The best way to change physicians’ behavior is to compare them to their peers,” he told me after the meeting. “When they realize they are out-prescribing their colleagues, that will pull them back.”

There’s an irony here. Electronic health records have been a routine feature of health care for about 15 years now, and for most of that time they’ve created as many problems as they solve. They divert physician attention from the patient to the keyboard; they enable privacy breaches; they’re hopelessly non-interoperable. But they do allow data sharing, and that data may deliver the one thing that might outweigh patients’ disappointment when physicians don’t prescribe antibiotics: the shared disapproval of other physicians when they do. 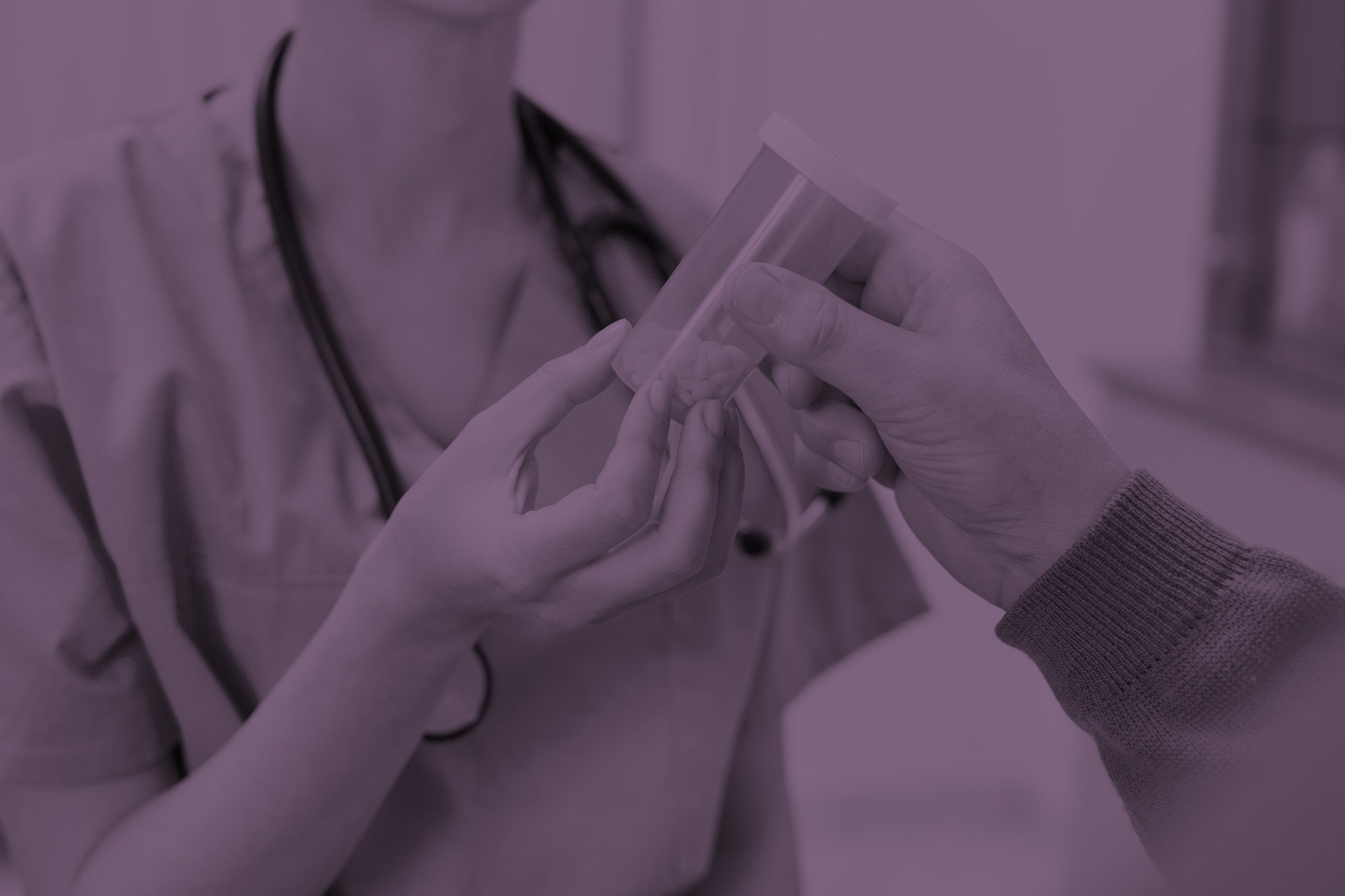