Why Trump Won’t Stop Talking About the Carter Page Wiretap

On Saturday, in response to Freedom of Information Act lawsuits filed by several news outlets and conservative group Judicial Watch, the Justice Department took the unprecedented step of releasing the (heavily redacted) application to wiretap former Trump campaign advisor Carter Page. In a series of eight tweets fired off over the next two days, Trump reveled in the document, declaring it evidence of “an illegal scam,” and further proof of the “witch hunt” against him.

It is none of those things. It never has been. But the secretive nature of the Foreign Intelligence Surveillance Act, and the court that authorizes warrants under it, has for months provided Trump and boosters like House Intelligence Committee chairman Devin Nunes an opportunity to confuse and outright mislead the public.

As we’ve written for well over a year at this point, the fact that Carter Page was surveilled does not vindicate Trump. Saturday’s release, the first time a FISA warrant application has been made public in the court’s 40-year history, only affirms that more. But Trump can still repeatedly, forcefully insist that it does, placing a safe bet that FISA is too inscrutable for most people to understand the basic issues at play. Or maybe Trump has chosen not to understand it himself.

Here are the facts, put plainly and succinctly, according to news reports and public documents. In June 2013, the FBI interviewed Carter Page, after allegedly hearing a Russian agent discuss his potential usefulness. Nearly three years later, in March of 2016, Page joined then-candidate Trump’s foreign policy team. That September, he left the campaign. On October 22, 2016, the FBI obtained a FISA warrant to surveil Page under suspicion of acting as an agent of a foreign power; among the supporting evidence to make their case was information from the now-infamous dossier compiled by former British intelligence officer Christopher Steele. Page, Steele wrote, had met with high-ranking Russians during a trip to Moscow that July.

A few things should jump out immediately from this timeline that don’t need expertise in national security law to parse. First, that Page was on the FBI’s radar before the Trump campaign even existed. And next, that surveillance of Page didn’t begin until well after he had left Trump’s team.

‘Trump is going to say that these documents prove his case no matter what. They could be a warrant for his arrest and he would say that they vindicate him.’

So when Trump tweets things like, “Looking more & more like the Trump Campaign for President was illegally being spied upon (surveillance) for the political gain of Crooked Hillary Clinton and the DNC,” know that this is categorically false. The FBI did watch Page, because it had reason to suspect inappropriate involvement with Russia for years. (Page, for his part, has not been charged with any crime, and as recently as Sunday denied the charge that he had acted as an agent of a foreign power.)

And that’s before you even get to Nunes’s efforts to frame the FISA application as incontrovertible evidence that the intelligence community had it out for Trump. The much-hyped Nunes memo turned out to be a dud, but it at least raised the possibility that the FISA court had relied too heavily on the Steele dossier, and that the FBI hid its origins as opposition research. This, too, is now demonstrably bunk.

“The FISA document refutes those allegations. They just do,” says Elizabeth Goitein, co-director of the Liberty and National Security program at New York University School of Law’s Brennan Center for Justice, and coauthor of the report What Went Wrong with the FISA Court. The application clearly says where the Steele dossier came from, in a footnote that extends over a page. It lists several other sources as well, including some that are presumably hidden behind redactions. If anything, the document seems to show that the Steele dossier constituted a smaller amount of the total evidence over time.

“That additional evidence is all redacted, so we can’t see what it was. But it’s notable that with every renewal, the section describing new evidence gets longer and longer. That’s all evidence that came in post-Steele dossier,” says Goitein.

“I don’t see anything that supports chairman Nunes’s or the president’s allegations that the FISA process was misused in any way in the documents that were released,” says Carrie Cordero, an adjunct professor at Georgetown Law School and former DoJ national security lawyer. “The information that was released does indicate that all of the proper law and procedure and process was followed, and that there was a fulsome, factual explanation provided to the court.”

And yet here’s what Devin Nunes had to say, or rather tweet, on Sunday evening: “Shocker! Nunes memo accurate…LOL!…media/Dems go on wild rants…TIME TO ELIMINATE REDACTIONS…PLEASE RT.”

You could spend hours detailing the minutia of FISA law, and how Trump’s version of events does not square with reality. (You can also read this, or this, or this, or this.) But the more urgent question at this point may be how Trump, Nunes, and other apologists can continue to dissemble around it. And that has a lot to do with the nature of FISA itself.

FISA isn’t the only issue that Trump has factually muddled. But he has repeatedly touted the Page saga as exonerating, even though each new revelation makes it less so.

“Trump is going to say that these documents prove his case no matter what. They could be a warrant for his arrest and he would say that they vindicate him,” Goitein says.

‘There’s no question that that lack of visibility really undermines, for many people, any sense of confidence in how the system works.’

That’s partly just Trump. It’s also, though, partly a function of the FISA court, an inherently secretive institution whose actions have inspired suspicion over the decades from both sides of the partisan aisle. “FISA has a tendency to find itself in political debate. This time it happens to be Republicans that are raising allegations about it being abusive or unfair, but in the past, if we go back a number of years, Democrats were very critical of the use of certain FISA authorities,” Cordero says. Civil liberties advocates have been especially vocal. “It really shouldn’t be a partisan issue. There’s nothing about the use of this particular section of FISA that should be controversial.”

That section is Title 1, under which a panel of judges, appointed by the Chief Justice of the Supreme Court, can grant warrants for the surveillance of foreign powers or agents thereof. “The only thing the government is required to show is probable cause,” says April Doss, former head of intelligence law at the National Security Agency who currently practices cybersecurity law at Saul Ewing. “That’s a much lower standard than reasonable doubt.” It’s also distinct from Section 702, renewed by Congress in January, which allows for warrantless surveillance.

All of which is understandably hard to keep track of. “The FISA statute is a complex law. The definitions are complicated, the procedures in it are complicated, and most of the material that comes out of the FISA court is classified, so most people never see it,” says Doss. “There’s no question that that lack of visibility really undermines, for many people, any sense of confidence in how the system works.”

Which may be why Trump keeps invoking it: FISA’s complexity and opacity combine to allow any number of bad faith arguments, even when the truth—in the form of a 412-page warrant application—is in plain sight.

“I do think that the fact that this is a court that usually operates in secret gives added spice to the conspiracy theory, might make it seem more plausible,” Goitein says. “But major portions of the documents are out now. To the extent that commentators are saying that the unredacted parts of these documents support a conspiracy theory, I think that is counterfactual.”

FISA supporters see its secrecy as critical to protecting national security. Its detractors argue that it makes accountability impossible. For the general public, it’s an inscrutable mess. And for Trump and Nunes, that means it’s an opportunity to deflect and dissemble. The president is wrong that Carter Page vindicates him. But that won’t stop him from claiming it, as loudly as he can, for however long it takes. 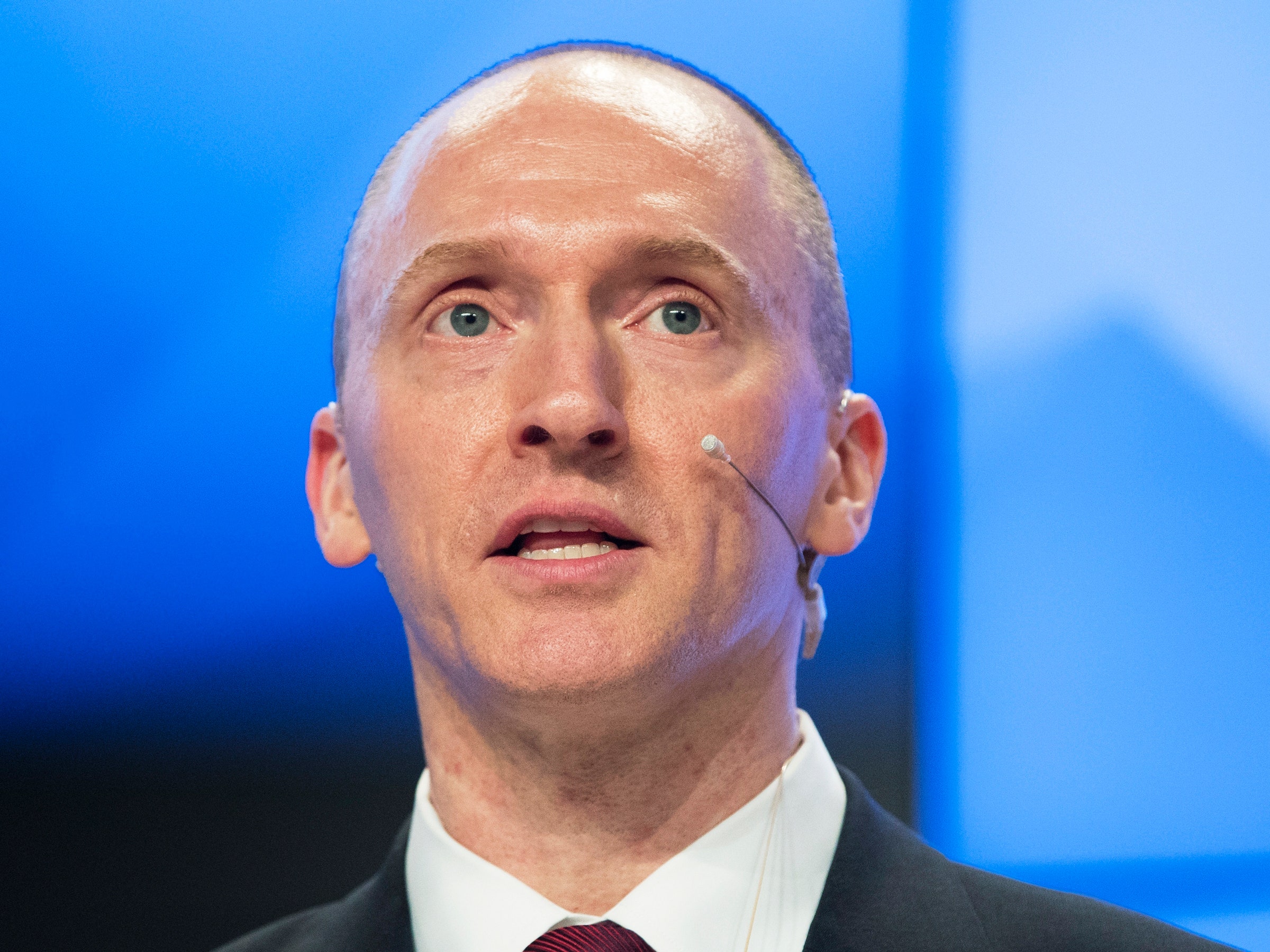