On Wednesday, President Donald Trump appeared to downplay Russia’s efforts to interfere with US democracy for a third time this week.

The first had come during a joint press conference with Russian president Vladimir Putin in Helsinki, a 45-minute exercise in kowtowing to a hostile foreign leader. The second, remarkably, came during the “clarification” of those remarks; on the heels of reading a prepared comment acknowledging Russia’s actions in 2016, Trump improvised, stating that it “could be other people also. There’s a lot of people out there.”

And then came Wednesday, when a reporter asked Trump before a Cabinet meeting if Russia is still targeting the US. The correct answer, according to repeated warnings from US intelligence officials, is absolutely. Trump said no.

Later in the day, press secretary Sarah Sanders framed the answer differently, suggesting that Trump in fact meant “no more questions.” Given the broader context of his almost pathological resistance to admitting that Russia meddled in the 2016 election, that explanation seems wanting. And even if it’s a correct interpretation, Trump still declined an opportunity to assertively back up the intelligence community he has repeatedly spurned.

“It’s an unprecedented time in our nation’s history.”

Trump’s denials of Russian interference go back more than two years, and have been largely steadfast despite overwhelming evidence to the contrary. (It was only after the Putin press conference backlash that he squarely blamed Russia, both in his prepared remarks Tuesday and in an interview with CBS that aired Wednesday night).

Meanwhile, every relevant US intelligence agency has said that Russia did interfere and continues to. On Friday, director of national intelligence Dan Coats told a gathering at the Hudson Institute think tank that the “warning lights are blinking red again” regarding Russian cyberactivity, invoking pre-9/11 levels of concern. And at this very moment, alleged Russian spy Maria Butina sits in a jail cell awaiting trial.

All of which is to say that there is no gray area here, other than that which Trump himself creates. And that’s the first problem.

“What’s clear is that whether he believes it or not, what he wants people to hear is that Russia may or may not be culpable. He wants to confuse people,” says Evelyn Farkas, a nonresident senior fellow at the Atlantic Council who served as deputy assistant secretary of defense for Russia/Ukraine/Eurasia in the Obama administration. “President Trump wants his followers to be uninterested in what he’s doing vis-à-vis Russia. He wants the people who vote for him to continue voting for him regardless of whether he sells out US security interests to Russia or not.” (Before you dismiss that last part as hyperbole, remember that on Wednesday, Sanders didn’t rule out the possibility that the US might let the Kremlin interrogate former ambassador to Russia Michael McFaul.)

But even if the explanation for Trump’s stance lies elsewhere—ego, genuine verbal missteps, willful ignorance—the most important consequence of his refusal to take a hard line against ongoing Russian aggression is that he invites more of it.

“If you’re Putin and Russia, the signal is, ‘Continue what you’re doing. We won’t respond or do anything,’” says Clint Watts, senior fellow at the Foreign Policy Research Institute and author of Messing with the Enemy: Surviving in a Social Media World of Hackers, Terrorists, Russians, and Fake News.

Watts says that despite all the public attention brought by investigations by Congress and special counsel Robert Mueller, Russia’s influence ops have not scaled back. “The troll farm is not only still up and running, it expanded.”

The US does have means by which to counteract Russia’s influence and hacking operations, but the lack of guidance from the White House hamstrings the three-letter agencies. In May, national security adviser John Bolton eliminated the role of cybersecurity coordinator—the person who would have been charged with formulating a coherent response plan. With Trump not taking Russia seriously, and no one running point at the White House, groups like the National Security Agency and US Cyber Command have taken it upon themselves to create a game plan, as The Washington Post recently reported.

“On a practical level, not having somebody coordinating from the White House can be a pretty big deal, especially when it comes to cyber,” Farkas says. “It’s not just about what Russia is doing to interfere in our voting process. It’s also the fact that they’re sitting on the electric grid, that they have an active military doctrine that permits them if necessary to launch attacks on the critical infrastructure of their adversaries.”

The lack of White House involvement or concern can also impact funding. Even if money has been allocated to address a problem, it needs a mission and strategy to be spent toward. Look no further than the Global Engagement Center, which has a $120 million budget to combat propaganda—like Russia’s influence efforts—and spent none of it under former secretary of state Rex Tillerson. Or look at the intelligence agencies.

“No one has been told they need to take this on as their mission,” says Watts, who regularly briefs both Congress and government agencies about Russian influence efforts. “There has been no plan put in place. And really it’s been the agencies working independently and around the White House to get this undone. It’s an unprecedented time in our nation’s history.”

And then come the ramifications that will play out well into the future: lowered morale in the intelligence community leading to a brain drain the US can’t afford; frayed relationships with allies who no longer know whose word to trust; the propping up of Putin on the world stage, normalizing and emboldening a country that has actively sought to undermine Western democracies for years.

Trump has swatted back reports of Russian influence for so long that it’s easy to grow numb. But think of it as accumulative, rather than repetitive. Each time he declines to denounce Russia, he diminishes US interests and encourages further attacks—whether his handlers walk it back for him or not. 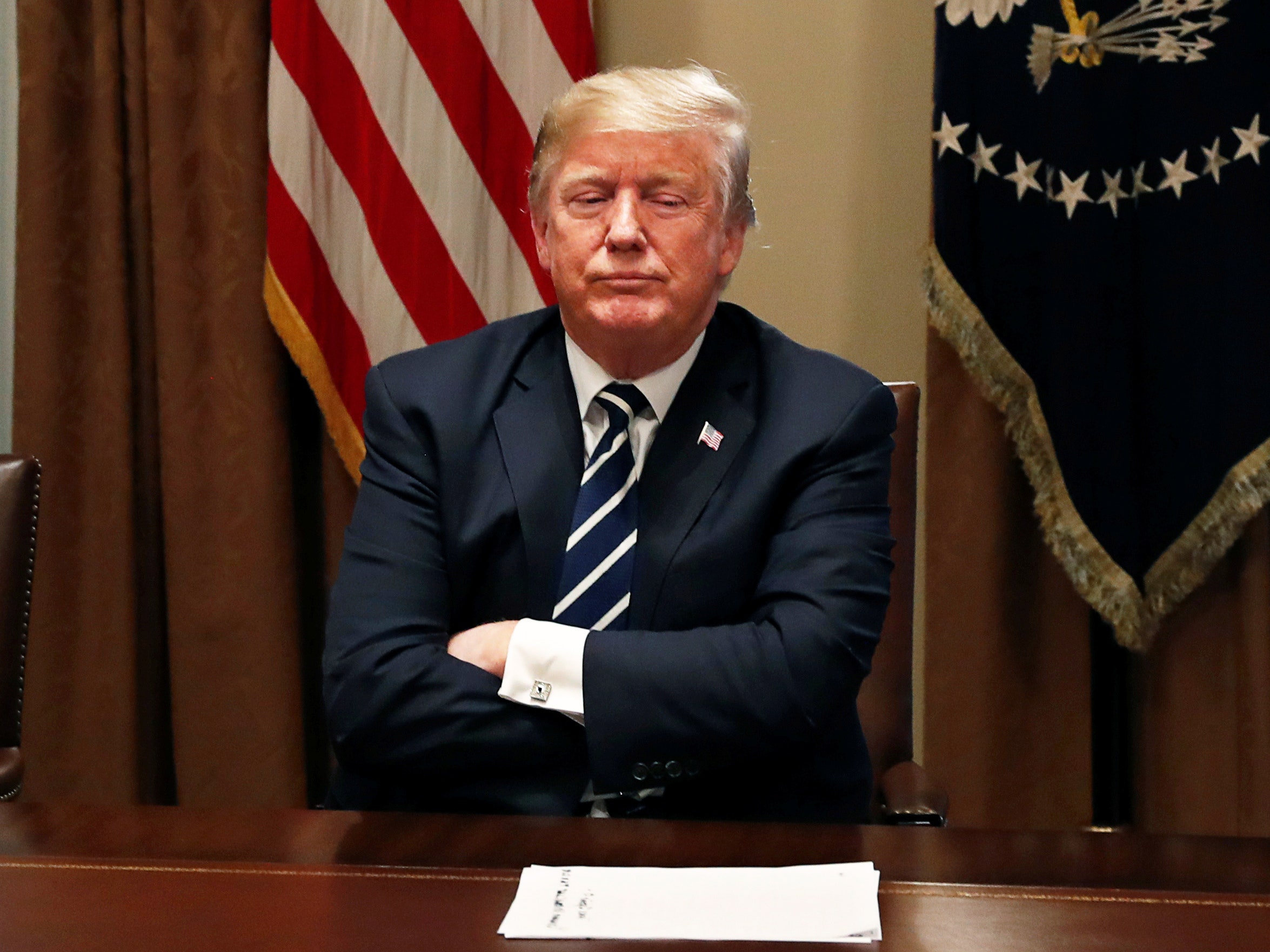