With the media focused on Donald Trump’s self-abasing performance in Helsinki, a key detail of the president’s summit with Vladimir Putin got lost in the noise. Putin, Trump said on Monday, had extended him an “incredible offer”: to let Robert Mueller’s team fly to Moscow to meet with the Kremlin’s own investigators to get to the bottom of the 2016 election hacking. The offer was, of course, patently absurd—laughable, even, except that Trump seemed so excited by it. Putin, however, was deadly serious. Although his own comments at the joint press conference were not covered as feverishly, the Russian president laid out exactly what he intended by the offer: a devil’s bargain that no American president other than Trump would ever entertain.

“So far, I can say the following,” Putin explained, referring to Russia providing cooperation to Mueller. “We have an existing agreement between the United States of America and the Russian Federation, an existing treaty that dates back to 1999. The mutual assistance on criminal cases.” This treaty, he noted, is “in full effect” and “works quite efficiently.” Perhaps, Putin suggested, Mueller could use this treaty to submit an extradition request for the Russian intelligence officers that the Justice Department indicted last week for interfering in the election.

There would be “another condition,” Putin added. “This kind of effort should be mutual one. Then we would expect that the Americans would reciprocate.”

That condition, Putin said, would be giving Russia the right to question Bill Browder, an American-born British financier who famously lobbied Congress to pass the Magnitsky Act, which resulted in harsh penalties and sanctions on Russia. The Kremlin retaliated by trying Browder in absentia for tax fraud—resulting in a conviction and an extradition request that was rejected by Interpol as obviously political in nature. Without any evidence, Putin claimed on Monday that Browder laundered $400 million out of Russia to the Hillary Clinton campaign. “We have a solid reason to believe that some intelligence officers accompanied and guided these transactions,” Putin continued. “So we have an interest of questioning them. That could be a first step. We can extend also it. Options abound. They all can be found in an appropriate legal framework.” Afterward, Russian prosecutors also demanded to interrogate former American ambassador to Russia Michael McFaul, a harsh critic of Putin’s regime, in what appeared to be another example of political intimidation. (McFaul noted on Twitter that he wasn’t even in Russia at the time of the case against Browder.)

President Trump is apparently willing to indulge the “offer.” On Wednesday, White House press secretary Sarah Huckabee Sanders confirmed that “some conversation” had transpired with regard to the proposal, but that the administration had no comment. The offer was simply “an idea they threw out,” Sanders said, emphasizing that the White House had not yet committed to anything. “The president is gonna meet with his team and we’ll let you know when we have an announcement on that.”

Political and media commentators were apoplectic. “What’s next, turning me over to al Qaida for questioning?” asked CNN analyst and former C.I.A. officer Nada Bakos. Former U.N. ambassador Susan Rice was similarly enraged: “If the White House cannot defend and protect our diplomats, like our service members, they are serving a hostile foreign power not the American people.” The feelings were shared on the other side of the aisle. “This would be an impeachable offense,” remarked conservative John Podhoretz, the editor of Commentary. “No. You are not overreacting,” wrote Tom Nichols, another conservative and frequent Trump critic. “The entire country should be aware of this. If Putin can single out [McFaul], he can single out anyone. The President’s job is to protect us, not to even consider handing any of us over to an enemy government.”

McFaul himself was stunned. “I hope the White House corrects the record and denounces in categorical terms this ridiculous request from Putin,” McFaul tweeted immediately. “Not doing so creates moral equivalency between a legitimacy U.S. indictment of Russian intelligence officers and a crazy, completely fabricated story invented by Putin.” Browder was likewise incredulous. “I donated ZERO. Total amateur hour,” he tweeted. During an appearance on Fox Business later that day, Browder alleged that Russia also wanted to interrogate several State Department officials instrumental in drafting the Magnitsky Act, as well as several agents investigating Russian money laundering. ”And [the White House is] saying we haven’t decided whether we want to hand them over? That is absolutely appalling.”

Shortly after the White House press conference, State Department spokeswoman Heather Nauert tried to undo the damage, telling a reporter that Russia’s request is “absolutely absurd” and insisting that the administration does not stand by the allegations about either man. Yet the diplomatic bomb had already gone off, eroding any remaining doubt that Donald Trump—the president of the United States—is totally subservient to his Russian counterpart, if not functionally subordinate. 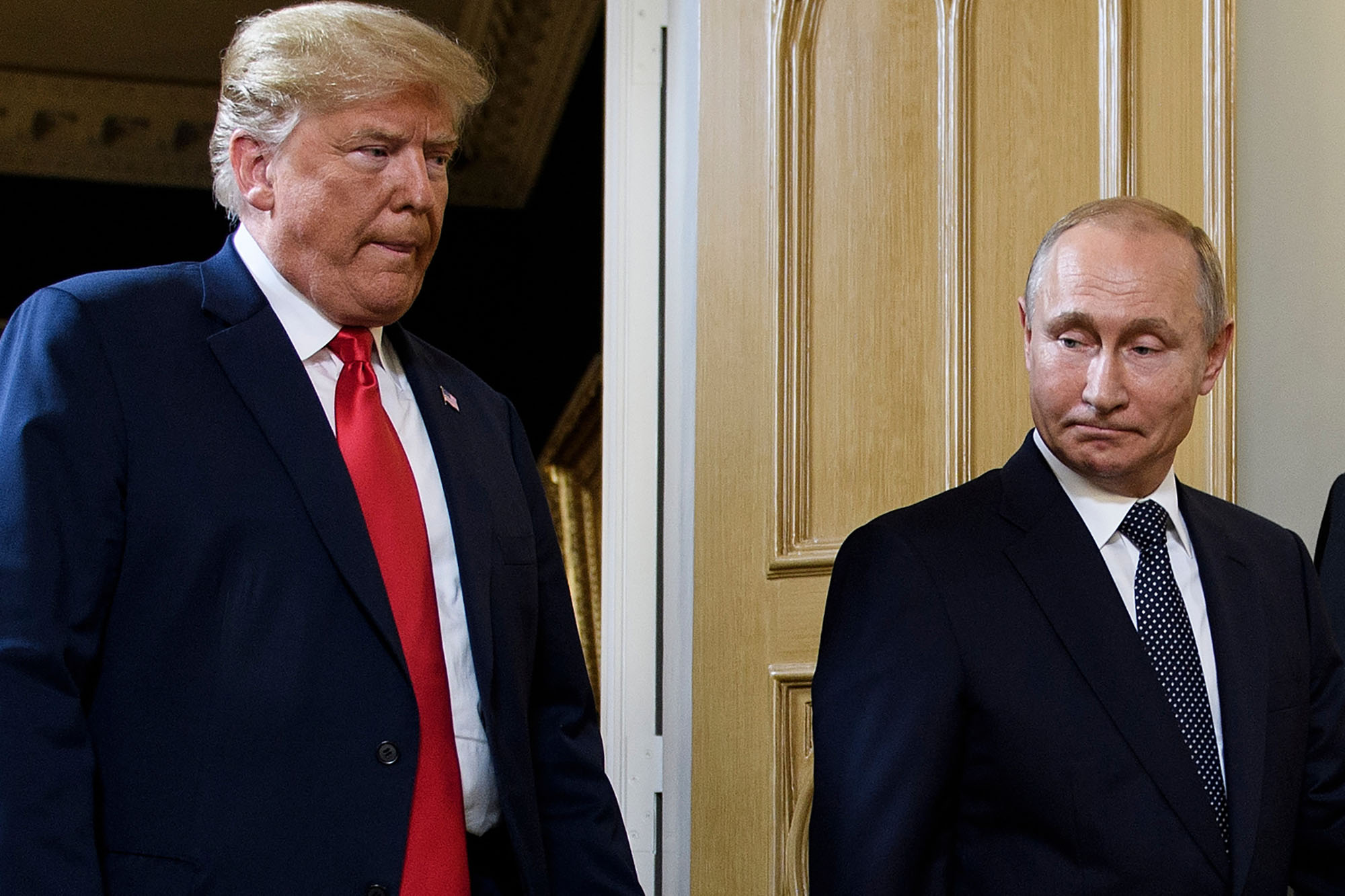 Germany to send 88 Leopard I tanks to Ukraine